Breaking News
Home / NEWS / Touching Story: Check out how abandoned mother and her weeks old baby lives has been saved 😥 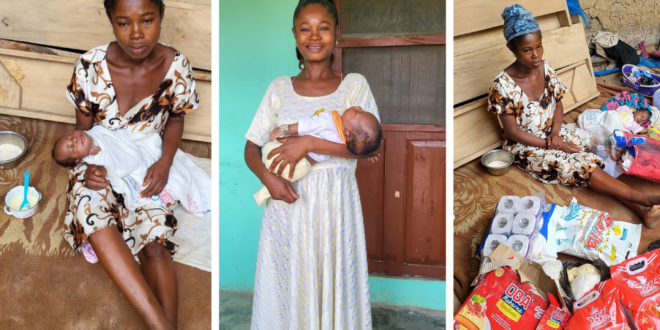 Touching Story: Check out how abandoned mother and her weeks old baby lives has been saved 😥 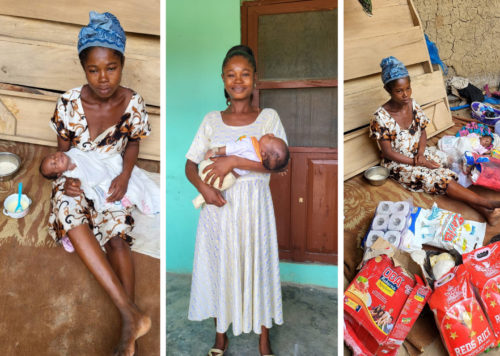 Touching Story: Check out how abandoned mother and her two weeks old baby lives has been saved 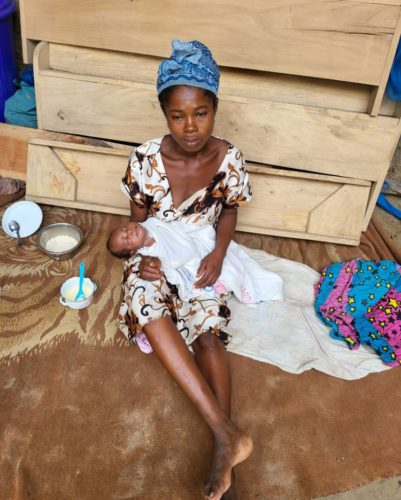 Sekina Abena Iddrisu, a resettler in a small farming village called Amoabeng in the Central Region, was rescued together with her two weeks old baby after sympathizers reach out to Etwereso Hemaa Official on the appalling state and physical condition of Sekina Abena Iddrisu and her two weeks old baby who were living in an almost roofless mudbrick single room home. Mother and child were both exposed to cold night, heavy unpredictable rainfalls and nocturnal animals attacks. The irony of Abena’s plight was she was a mockery for her neighbors.
At the time of recuse by Etwereso Hemaa Official, the two weeks old baby was very unhealthy as he was given paracetamol tablets as medication, and mashed raw kenkey as food supplement because mother’s breast milk was inadequate due to poor nutrition and financial hardship.
Currently the baby is healthy as well as the mother. They have been successfully relocated into rented single room and porch house for a period of time.
She was support with an undisclosed amount as welfare support and money for petty trade start up capital. Also a piece of farming land acquired in her name and the child as well to be used a farming land were she can have some farm produce to sustain her and the baby whiles she
nuture her newborn progressively after she has been empowered by Etwereso Hemaa Official and Etwereso Hemaa Foundation with the help of all Ghanaian Home and abroad through an appeal on Social Media. 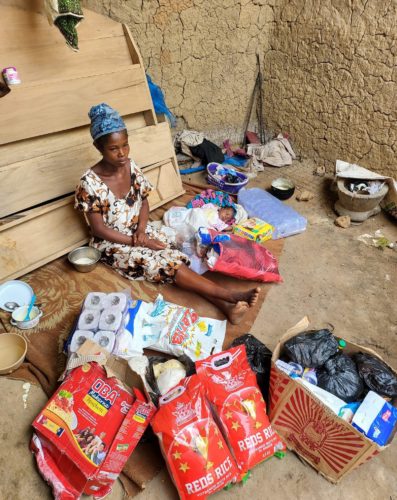 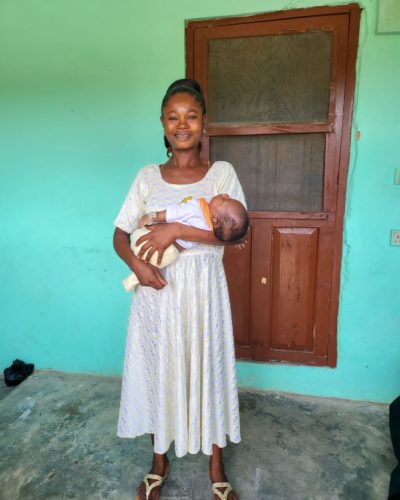 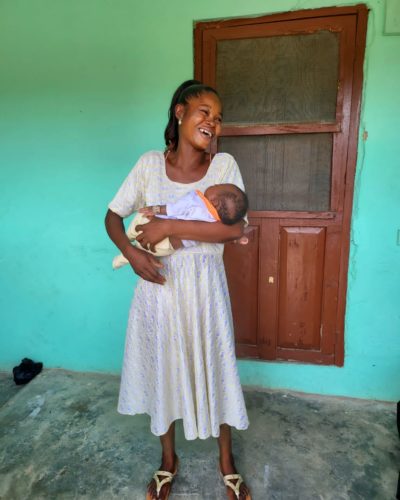