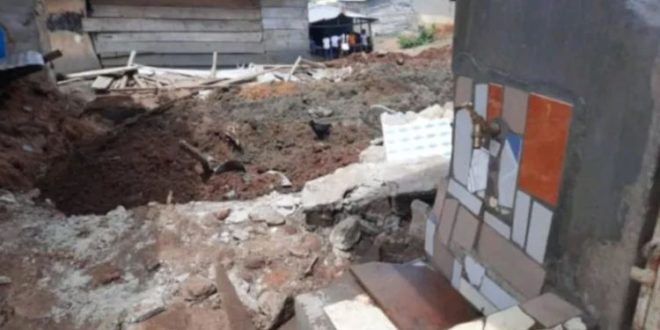 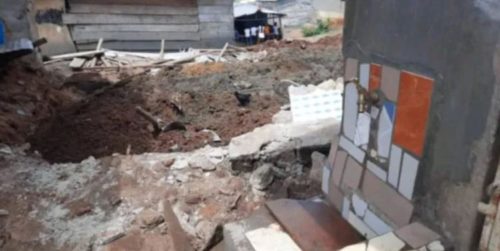 A mining pit dug beneath a house has buried a private toilet in Odumasi, Ashanti Region.

A young woman who was using the facility at the time of the collapse died as a result of the incident.

The pit was created by illegal miners in the Asante Akyem Central Municipality and is one of several similar underground holes constructed beneath residences in the area.

According to sources, some houses are in danger of collapsing as a result of these hidden trenches.

The unidentified woman’s body was recovered using an excavator.

Meanwhile, people living at Apinamang in the Eastern Region are feeling threatened and upset as illegal miners push them out of their houses.

Activities of illegal mining popularly called ‘galamsey’ are beginning to wreak havoc and threaten the livelihoods of residents.

In the case of Joyce Wowornyo, the ‘galamseyers’ have dug around her house in a bid to take over her land in search of gold.

She lives far in the Apinamang forest and has witnessed the terrible effects of illegal mining.

She and other residents have had to face off with illegal miners to protect what is left of their lands.