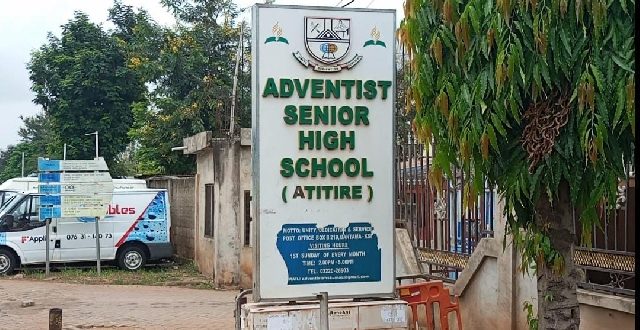 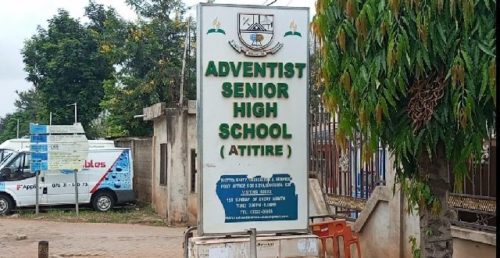 Students of Adventist Senior High School at Bantama in the Ashanti Region have disclosed they have to go to the dining hall with their own sugar, bread and milk for breakfast.

According to the students, they are no longer served complete meals during dining sessions.

Speaking to Class FM’s Ashanti Regional Correspondent Elisha Adarkwah, Wednesday, 13 July 2022, some students of the school bemoaned the inability of the authorities to serve them complete meals.

A female student said: “For instance, the breakfast doesn’t contain sugar, they only add salt, so we have been asked to bring our own sugar and bread or any other thing you would want to take with it because they can’t provide us with any other thing.

For lunch, we’ve been told that they don’t have anything to add if, it is kenkey, you have to take your own shito, even if its Gabeans [Gari and Beans], they only provide the beans without oil, so we have to take our own gari.

She appealed to government to come to the aid of the students.

“I plead with government to come to our aid, we’re suffering. I have stomach ache because there’s no money for feeding,” the student stated.

A male student noted that: “There was no sugar in the tom brown we had in the morning. You have to provide your own sugar. As for bread, we haven’t been served bread since Form 1 second semester.

Some parents are not providing their wards with provisions with the knowledge that they’re being fed in the dining hall but that is not the case. They [School authorities] are saying once they run out of food stuff they’ll have to go to other schools for more.

Another female student also said: “I only have GHS10 left because of the poor quality of the meals we’re served, I have been buying food.

“Yesterday, the kenkey we ate gave me the runs.”

The students have, therefore, called on government to supply food to the schools to alleviate the effect on them.

I'm Odacitizen | Blogger | Promoter | Social Media Expert. I am the CEO and Manager of this noble website (Odacitizen.com). I publish on Entertainment, Sports, Politics, History and International News. You can also follow Us on YouTube Channel - Oda Citizen TV, Facebook- Odacitizen.com/Odacitizen, Twitter- Oda Citizen, Instagram- OdaCitizenOfficial. Email Address: odacitizen777@gmail.com. Contact Us on : 0553551970/0576674043
@Blogger Oda
Previous Exclusive: Chairman Wontumi Sues Afia Schwarzenegger, Despite Media, A Plus And Others For Contempt
Next World Athletics Championship : Benjamin Azamati and Joseph in 100m heats race for Day 1