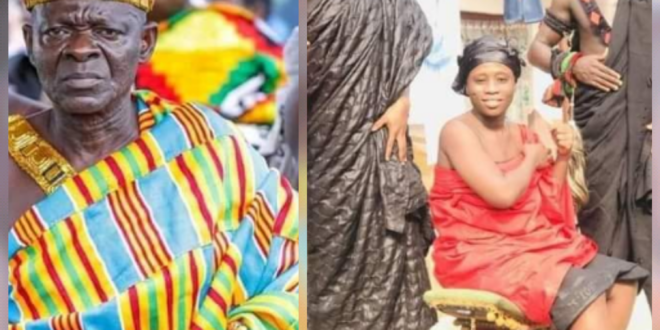 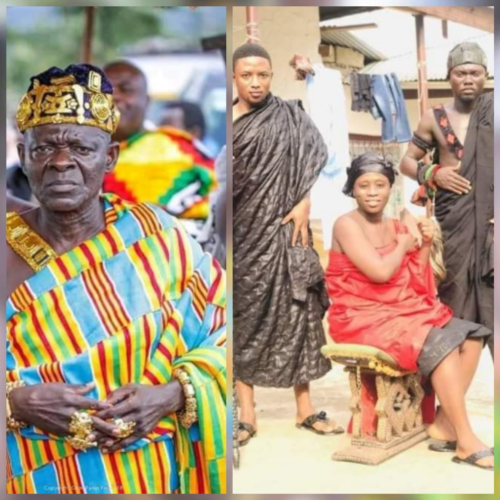 The Akyem Kotoku Traditional Area has release a letter circulating on Social Media indicating that, the youths program “Cultural Display Day” as part of the annually Oda Youth Festival is scrap off.

During the Cultural Display Day, the youth in the Akyem Kotoku Traditional Area dresses in the traditional clothes to display the rich culture to the public 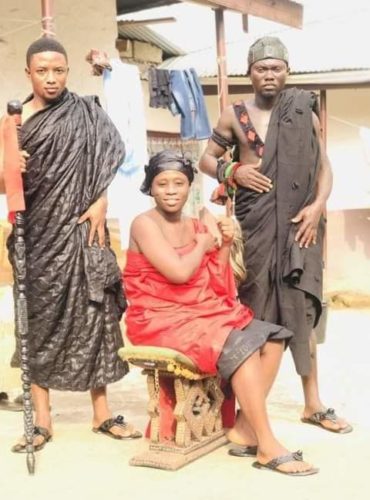 The letter is issued in the name of Oberempong Gyamfi Sarfo Kyere II Krotihene of the Akyem Kotoku Traditional Area.

Read details from the letter;

CANCELLATION OF DRESS CODE AT THE ODA YOUTH FESTIVAL HENCEFORTH.

I write as the Krotihene of the Akyem Kotoku Traditional Area to respectfully inform you that the upcoming Oda Youth Festival where the Youth dress as Chiefs has been cancelled henceforth.

This is as result the youth are conducting themselves as Chiefs which else goes against the Chieftaincy Act 2008, Act 759 section 63 says that a person who

(a) acts or performs the functions of a chief when that person is not qualified to act is an offence .

Your co-operation in this regard is highly anticipated. 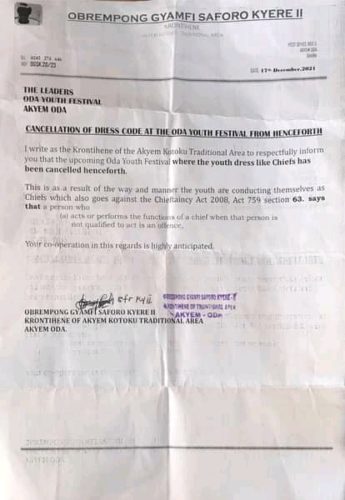 Continue to  read more at Odacitizen.com