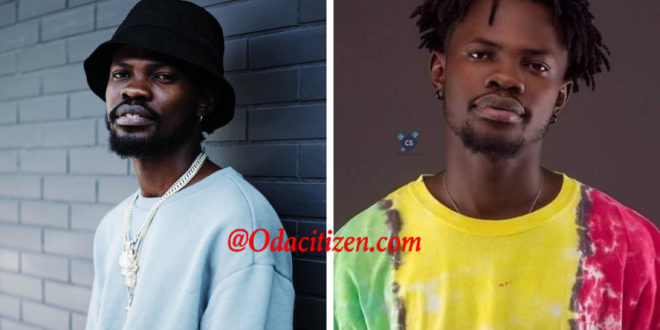 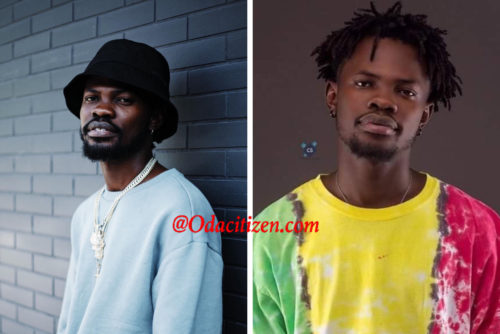 Even though public figures are expected to be seen wearing outfits and accessories, made by notable designers, singer Fameye says blending the fake with the original makes him happy.

He made this revelation on Daybreak Hitz on Hitz FM on Monday.

The ‘Praise’ hitmaker went on to state that he knows the difference between fake and genuine things but he wears both regardless.

When asked whether he resorted to fake/cheap clothing because he couldn’t afford to buy the original, he said: “God has blessed me now. I have been able to acquire certain things through God’s blessings and that alone amazes me.”

Be that as it may, the VGMA ‘Songwriter of the Year’ warned that he wouldn’t take it lightly when he is accused of wearing fake stuff when they are original.

“Supposing I am wearing something original and someone says it is fake, I will stand for my right and set the records straight,” said the ‘Mati’ hitmaker.

“If I am wearing a sweatshirt that costs €20 (GHC165), I will let you know the exact price—and you would have to believe me.”

He continued, “This gold chain on my neck is authentic. Therefore, when I mention the price to you, you’d have to believe me because I am telling you the truth.”

Being the only artiste to openly declare that he sometimes wears “fake” stuff, Fameye stated that he does so to please himself.

I'm Odacitizen | Blogger | Promoter | Social Media Expert. I am the CEO and Manager of this noble website (Odacitizen.com). I publish on Entertainment, Sports, Politics, History and International News. You can also follow Us on YouTube Channel - Oda Citizen TV, Facebook- Odacitizen.com/Odacitizen, Twitter- Oda Citizen, Instagram- OdaCitizenOfficial. Email Address: odacitizen777@gmail.com. Contact Us on : 0553551970/0576674043
@Blogger Oda
Previous Gunmen attack two Ghanaian women in the US; one dead
Next My shape was naturally nice but the surgery has made it better – Fantana