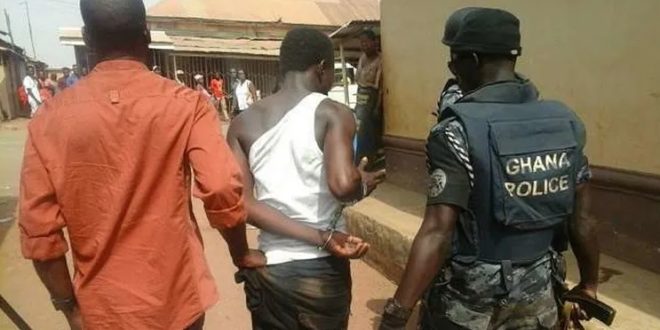 C/R: Man kills uncle for not giving him money to buy weed 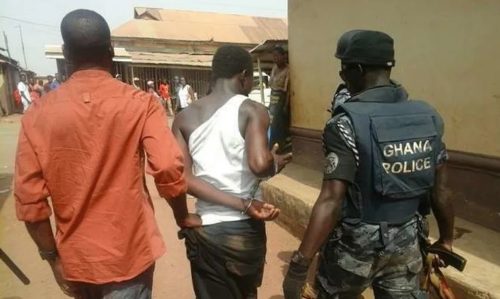 The Assin South Police in the Central Region apprehended a young man named Yaw Benedict after he killed his uncle.

The nephew, who is physically built, allegedly beat up his uncle when he approached him and told him not to take his money.

The nephew allegedly went into the room of his uncle to take the money and met the uncle in the room.

According to Kessben Fm, his uncle insisted there is no way he was going to allow his nephew to take the money to go and buy marijuana [weed].

This resulted in a clash between the uncle and his nephew leading to a serious assault on the uncle by the nephew.

The Uncle who is a teacher at the Doosi D/A primary school collapsed after he was beaten by the Nephew.

He had to be quickly rushed to the hospital but unfortunately, doctors confirmed him dead upon arrival.

I'm Odacitizen | Blogger | Promoter | Social Media Expert. I am the CEO and Manager of this noble website (Odacitizen.com). I publish on Entertainment, Sports, Politics, History and International News. You can also follow Us on YouTube Channel - Oda Citizen TV, Facebook- Odacitizen.com/Odacitizen, Twitter- Oda Citizen, Instagram- OdaCitizenOfficial. Email Address: odacitizen777@gmail.com. Contact Us on : 0553551970/0576674043
@Blogger Oda
Previous My distinct voice is from God; no special voice training or rehearsals – Obaapa Christy
Next Throne Room by Minister Nhyiraba Prince comes on this weekend inside Akyem Oda