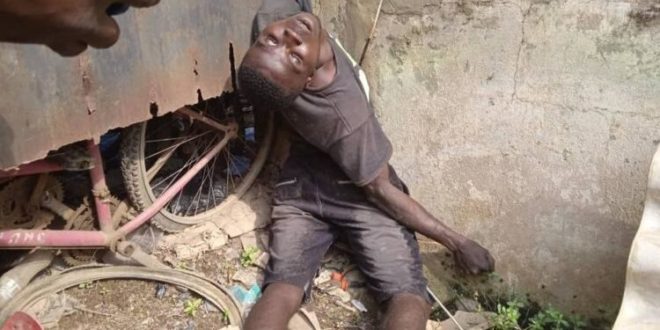 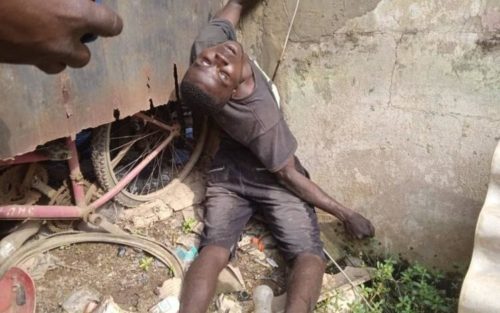 A suspected thief who is believed to be in his mid-twenties was electrocuted in the early hours of Sunday 10th July when he attempted to cut a power cable to a house adjacent the Fiaseman Rural Bank at Abura in the Cape Coast North Constituency.

According to information gathered by www.kofitutu.com the deceased man tried cutting the electrical cable leading to a residence but luck eluded him when he touched the live-end of the wire.

Tenants of the house where the incident happened said, the man was found holding the wire in a knelt down position when they realised that part of their residence had no light while the other part had electricity.

A tenant said “I went out at dawn to check why we were not having light only to find the young man holding the wire beside out main gate”. 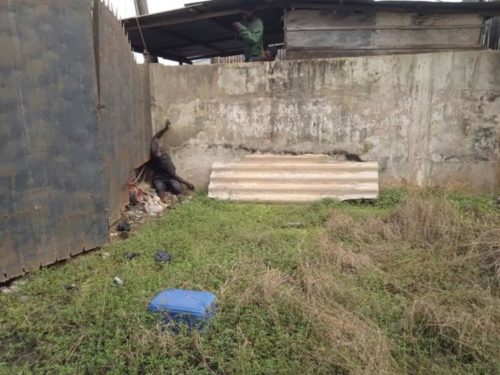 Assemblymember for Abura Nkwantado/Assim Electoral Area, Moses Arthur speaking to www.kofitutu.com said “I got to the scene around 6am and my initial assessment was that after cutting the first end of the wire, the place became dark thereby making it hard for him to see his surroundings”.

“This culminated in he (the deceased) stepping in a stagnant water causing his electrocution, he said.

Mr. Arthur, noted that in recent day, cable thefts have become rampant in the area and urged those involved in such acts to desist from such practices.

He said anybody caught will be dealt with in accordance with the law.