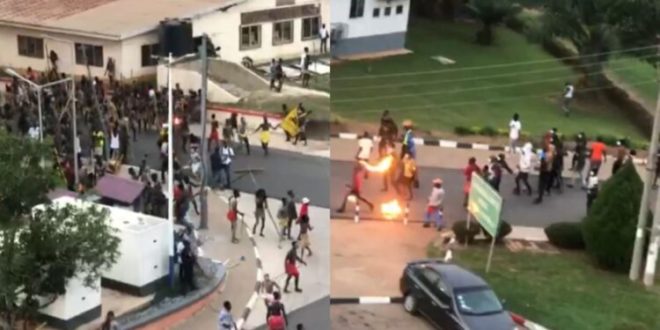 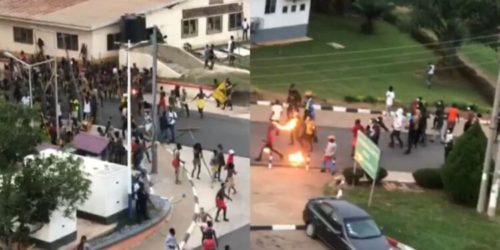 The Asokore Mampong Magistrate Court has issued a warrant for the arrest of 61 persons suspected to be involved in last week’s violence on the campus of KNUST.

This comes after two people, arrested in connection with the incident, were denied bail by the court.

The two suspects put before the Court include a past student of KNUST, Daniel Osei Bonsu, 25 years, who is a Mechanical Engineer and Francis Tutu Atuahene, a second-year student.

Counsels for the two, William Asamoah Sarfo and Yaw Ababio, pleaded for their clients to be granted bail but they were denied.

The Court’s decision to refuse the bail was premised on rivalry among the student body, damage caused and injuries. Their safety could therefore not be guaranteed.

The Court believes the Police also acted in the confines of the law by presenting the suspects within forty-eight hours after arrest.

Eleven other suspects who are at large have been identified by their nicknames.

Together with fifty others, the Police secured a warrant for their arrest.

The two were remanded in Police custody to reappear on September 8.