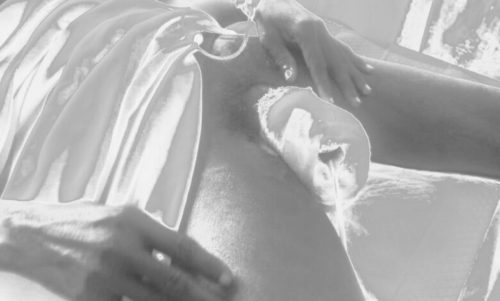 47-year-old Kofi Atta, who is battling for his life at the St. Francis Xavier Hospital at Assin Fosu has opened up on how he sliced his scrotum and penis after waking up from his dream.

In an exclusive with the Media,Wofa Atta, as he is popularly known said he was offered meat by a lady in his dream who told him the wife asked him to spice it for her.

Strangely as to how he got hold of two knives in his hand to mistake his genitals for the supposed meat in his dream is yet to be known, he said he woke up with his genitals hanging loosely where he screamed for help.

The victim, whose voice sounded gasping owing to the pain he was going through while bystanders find it difficult to hear him also tried to explain himself.

“…So when I returned, there was a lady who was boiling tomatoes. So she told me Adwoa left some meat so I should cut and spice them because they’ve gone to the farm. So I started cutting the meat not knowing it was my penis. I screamed for help and the lady asked me what the problem was. I told her I’ve sliced my penis,” he narrated.

Adwoa Konadu, wife of Wofa Atta said she had a call from a neighbour who informed her of the husband’s predicament only to rush there to find him on a bowl.

“I was called to the room and met my husband sitting on a bowl full of blood. I saw him with two knives in his hand. He said he dreamt and was cutting meat,”

The wife has been appealing to the public to support them take care of the husband as he is still at the St. Francis Xavier Hospital at Assin Fosu despite being transferred to the Komfo Anokye Teaching Hospital due to financial constraints. 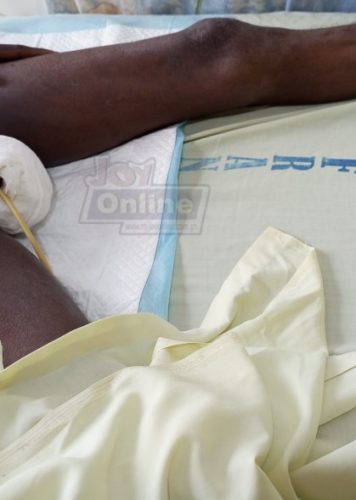 I'm Odacitizen | Blogger | Promoter | Social Media Expert. I am the CEO and Manager of this noble website (Odacitizen.com). I publish on Entertainment, Sports, Politics, History and International News. You can also follow Us on YouTube Channel - Oda Citizen TV, Facebook- Odacitizen.com/Odacitizen, Twitter- Oda Citizen, Instagram- OdaCitizenOfficial. Email Address: odacitizen777@gmail.com. Contact Us on : 0553551970/0576674043
@Blogger Oda
Previous I am fully aware that things are difficult — President Akufo-Addo
Next McBrown Registers 1,700 People For NHIS As Part Of Her 45th Birthday