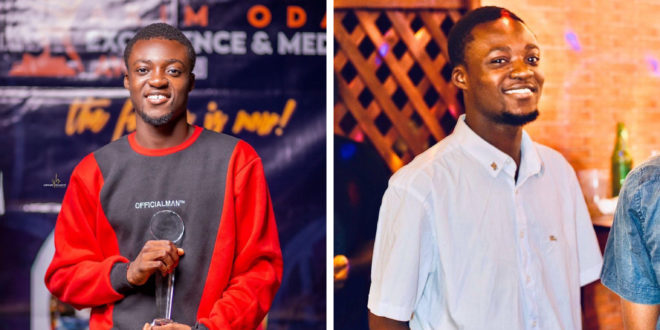 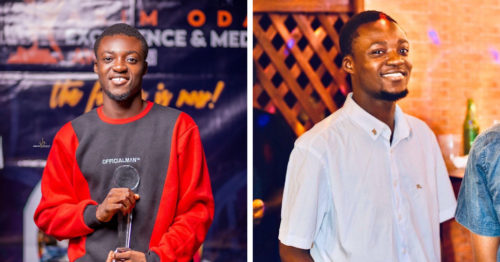 He wrote the message below on his Facebook page;

Have seen the back and forth between my CEO ,some supporters and some workers of Bosome Fm,Well my take on the whole issue is simple
First and foremost as an artist I am not immune to any sort of criticism whatsoever at a point in time I will need them but criticisms should be “constructive”
You should know words to use and when to use them,Any entertainment pundit who pushes our work can criticize us anyway they want to keep us in check but when doing these they shouldn’t be selective.
Some are bold enough to say it all when it is some artists coming from some camps,some have to hide behind pseudonyms to criticize,My major problem is some of the harsh words used when criticizing us especially me,if you say I’m a coward,how do you come out to explain my cowardice,have I acted cowardly anywhere??
My label signed me with the purpose of writing good songs for promo not to be engaging in beefs and controversies,Yes beefs are good for the rap game but when beefing there should be benefits in this case I don’t see any.What is this beef going to add to my career,my aim is to write good songs which will get me to the limelight,so instead of getting engaged in beefs with my fellows who are also looking to get into the limelight,I’d rather channel the energy to write a good song,You have no idea the money paid to record a single song.
Just as these pundits are pushing agendas for beefs when some of my brothers send them songs to promote they should use the same energy to do so because I don’t think anyone has been paid to promote this beef thing,luckily enough I have some DJ’s and presenters who air my songs but is it the same with some of my brothers??
Most of you think my CEO is sentimental but until you sit with him to understand him very well you might end up being on his wrong side.
Let’s not create unwanted hatred for ourselves in this space we all need each other.
I will urge everyone to be calm and support any of the artist in the town with love and passion and some day this dream of seeing ourselves day will come to fruition
Spread love thank y’all