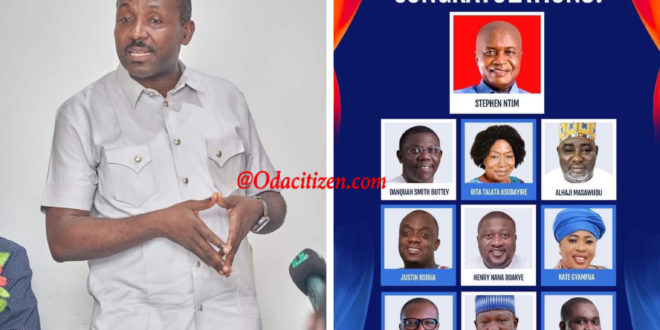 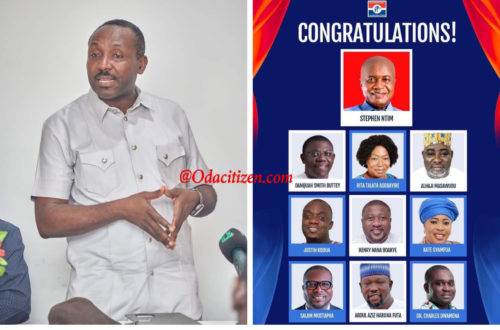 Following the outcome of last Saturday’s National Annual Delegates Conference of the NPP, which saw the election of New National Officers of the Party, I wish to first of all congratulate them for the feat, having earlier done so personally on phone with the newly elected National Chairman, Stephen Ntim and General Secretary, Lawyer Justin Frimpong Kodua, and again wish them well in the task ahead.

I again wish to seize this opportunity to openly assure them of my unflinching commitment and support to their administration particularly as we build up to the 2024 General elections, which we are determined to win.

Without a shred of doubt, I happen to be one of the luckiest persons whom the NPP has invested so much in, having been given the rare opportunity to serve the Party as an Executive Officer at all levels, from Polling Station to National Level, in a period, spanning over two decades.

Having been this privileged as a Party Member, I have a moral obligation and responsibility, rightly so, to contribute my quota immensely in any shape or form and in any space I find myself, towards the fortunes of the Party.

Consequently, my resolve to working hard for the NPP to break the eight(8) has become even stronger than ever.

I remain eternally grateful to the NPP for the huge investments the Party has made in me, and wish to assure the rank and file of the Party, that, I shall avail the years of experience I have gained serving this Party in my entire adult life, to assist this current administration led by Chairman Stephen Ntim.

Whilst at it, I also wish to humbly call on all Party Members who believed in my vision and supported my re-election bid to kindly extend similar belief and support to the newly elected Executives, to succeed. I have full confidence in their ability to steer the affairs of the Party to make history by winning the 2024 General Elections.

Once again, congratulations to the Ntim-Kodua led National Executive Officers. May you lead this Party to Greatness and fulfill the wishes and aspirations of our People. 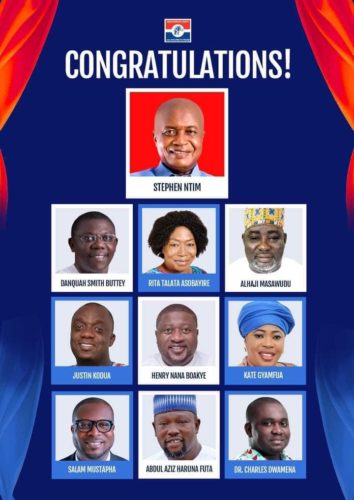