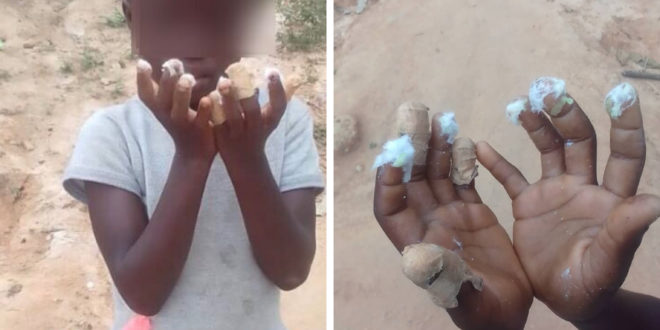 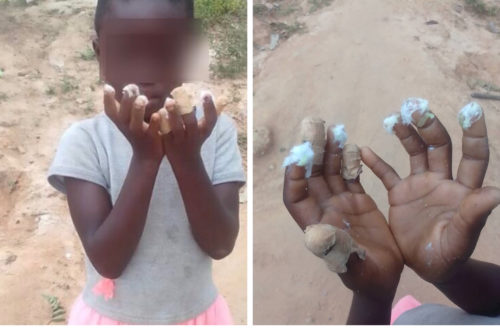 A 53-year-old man has been arrested by the police for physically abusing his seven-year-old daughter.

The father, who the girl stays with, reportedly cut parts of her fingers with a blade for begging for money and afterwards smeared pepper on the wounds.

The police on August 11, 2022 received a report from a resident, two days after the heinous crime at Asante Akyem Bankame.

This follows a confrontation with the victim about the bruised fingers during which she revealed what happened.

The suspect, Joshua, is alleged to have punished the victim for constantly begging for money from strangers after being warned several times.

According to the source,the victim sells ‘sobolo’ after school and spends some of the money on food.

In fear of being punished, she always begs from strangers to replace the used money until her father was informed of her indecent behavior.

The suspect has been handed over to Asante Akeym Banso police station for further investigation into the crime.

I'm Odacitizen | Blogger | Promoter | Social Media Expert. I am the CEO and Manager of this noble website (Odacitizen.com). I publish on Entertainment, Sports, Politics, History and International News. You can also follow Us on YouTube Channel - Oda Citizen TV, Facebook- Odacitizen.com/Odacitizen, Twitter- Oda Citizen, Instagram- OdaCitizenOfficial. Email Address: odacitizen777@gmail.com. Contact Us on : 0553551970/0576674043
@Blogger Oda
Previous I was spiritually attacked by one of my friends in Asaaka group” – Yaw Tog reveals
Next Farmer chops off his scrotum while asleep