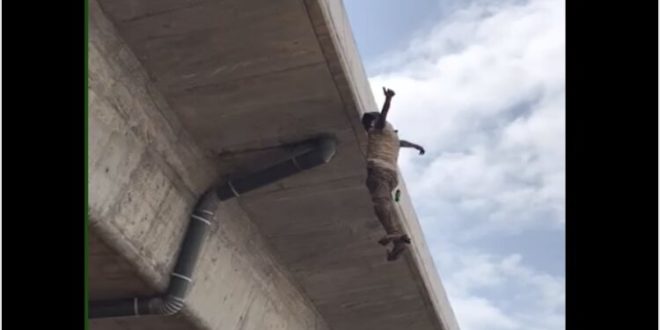 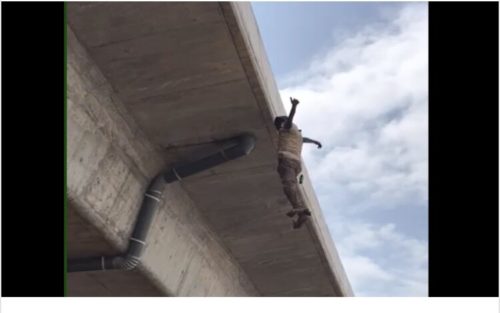 A middle-aged man is battling for his life at the Tamale Teaching Hospital after he jumped from the Tamale overpass in an apparent suicide attempt.

In a five-second video posted on social media and sighted by GBC News, a man is seen landing on the ground lane from the top of the overpass with onlookers running and screaming.

According to Eyewitnesses the man sustained life threatening injuries. They also suspect that the man has a mental illness. Police in Tamale have confirmed the incident, saying they are investigating the incident.