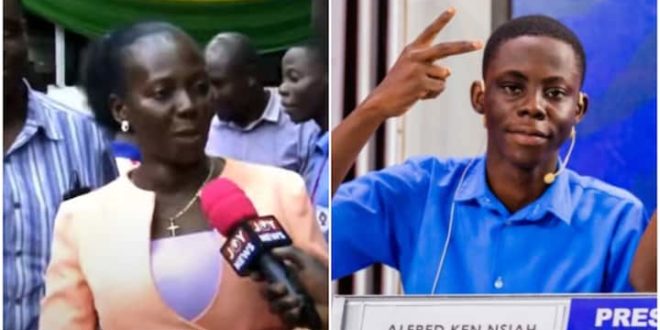 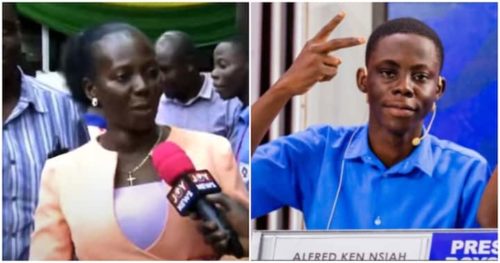 PRESEC’s 2022 NSMQ star Alfred Ken-Nsiah has always dreamt of winning the competition after watching it for the first as a child According to Alfred’s mother, Linda Lartieku-Nsiah, herson watched his firt NSMQ contest with his grandmother while in basic school Since his grandmother was a Presbyterian and supported PRESEC, the boy developed an intrest in the school and also resolved to study to compete in the NSMQ later in life.

Alfred Ken-Nsiah, one of the contestants for PRESEC at the 2022 National Science and Maths Quiz (NSMQ 2022), fulfilled a lifelong ambition when his school won the competition This was revealed by Ken-Nsiah’s mother Linda Lartieku-Nsiah who described the win as a dream come true for her son.

Speaking to Joy News after the contest, Ken-Nsiah’s mother who was at the final to support her son recounted how the boy had always dreamt of participating in the comeptition and winning. In an interview with JoyNews, Mrs Lartieku-Nsiah revealed that her son started watching the NSMQ when he was in basic school. He always wathed with his grandmother who is Presbyterian and thus supported PRESEC.

It was these moments with his grandmother that shaped Ken-Nsiah’s ambitions of attending PRESEC and also aiming to compete in the NSMQ. True o his dreams, Ken-Nsiah got admitted into PRESEC and passd all the tests to become a member of the NSMQ team. The excited mother who is a pharmacist continued that she had always supported her son’s dream of winning the NSMQ. “He entered PRESEC and called back home that there is going to be a series of tests. He called back that by the Grace of God he has been chosen and so we started praying for him, supporting him in every single way that we could and to the Glory of God…it’s really a dream come true for my boy and I cannot imagine his joy,” she said.