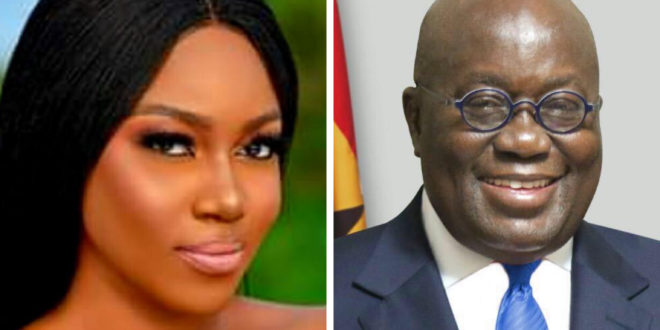 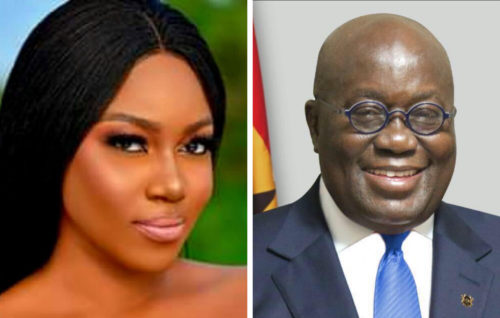 One of the Ghanaian celebrities who is known for criticism of every ruling government when things go on the wrong side is Yvonne Nelson. The actress has taken to her page to lambast the government of the day once again.

Ghanaian actress and movie producer Yvonne Nelson has taken to her Twitter page to drag the President, Nana Addo as she tags him and his campaign manifesto as stories locally called “Anansesem”.

Yvonne Nelson has lamented over the current cost of living and the hike in prices. According to the actress, politicians and the government are unperturbed about the ongoing crisis. She added that the only thing the government cares about is the power and prestige that ruling comes with.

She further added that this generation is too wise to be deceived hence the government will not have the chance to play with the future of citizens.

She tweeted saying, ” Your campaign promises …… all ANANSESEM @NAkufoAddo. One thing about this government ……they don’t care….. but, they care about Power and the prestige that comes with it. we will start making y’all care. @NAkufoAddo Deceiving us? My Generation? We won’t sit and watch you guys play with our future and that of our kids. Ghanaians deserve better.

I'm Odacitizen | Blogger | Promoter | Social Media Expert. I am the CEO and Manager of this noble website (Odacitizen.com). I publish on Entertainment, Sports, Politics, History and International News. You can also follow Us on YouTube Channel - Oda Citizen TV, Facebook- Odacitizen.com/Odacitizen, Twitter- Oda Citizen, Instagram- OdaCitizenOfficial. Email Address: odacitizen777@gmail.com. Contact Us on : 0553551970/0576674043
@Blogger Oda
Previous I will only play for Asante Kotoko when I regain full fitness – Asamoah Gyan
Next 3 suspected robbers shot dead in police shoot-out at Obosomase-Akuapem