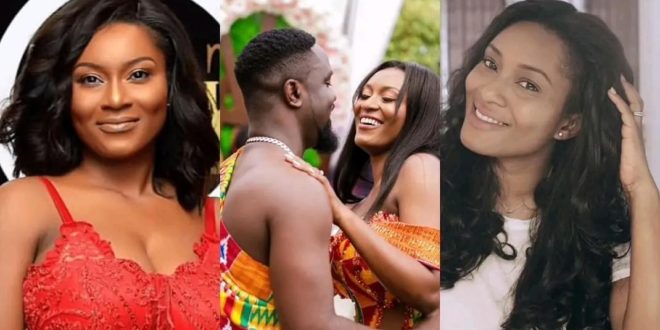 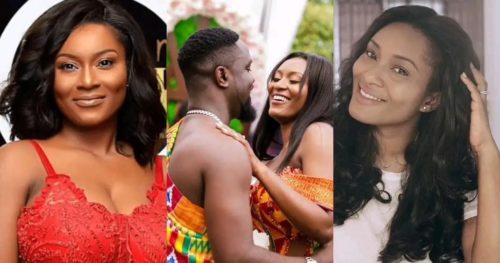 Tracey Sarkcess, wife of multiple award-winning rapper Sarkodie has revealed the reason why she dated the musician.

According to her, she did not foresee herself getting married to Sarkodie when their friendship started at a relatively young age.

As a girl from a well-to-do family, she was mostly focused on her studies and was not ready to give in to the pressures from boys like Sarkodie.

Although Sarkodie was the shy type who could not muster the courage to tell her how he felt, Tracy said she knew he loved her.

“My cousin only informed me when I was about to leave for Germany,” she told TV3’s Berla Mundi.

Tracy and Sarkodie’s relationship has become an ideal example for people who want to build a firm foundation for a sustainable marriage.

Tracy, on the other hand, stated that she needed to be convinced of what was in store for her before she decided to date, court, and marry Sarkodie.

“At a point, I just wanted to send him to Germany, so he could work, make money, and do something for himself. I did not believe in the music thing he was doing,” Tracy added.

Speaking about what she likes about Sarkodie and why she even decided to marry him, Tracy said Sarkodie was a visionary gentleman who possessed good leadership skills.

She added that she was his only focus, had his “head in the right place” and also remained loyal to her throughout.

“My husband, I don’t know how to describe him. He is blessed with a vision and creates a vision—tells you what he sees. As a woman, if you find someone like that, who has his head in the right place, you will know he was the right person.”

Tracy added that Sarkodie was once mean to her. Although she did not explain, it could be inferred that after Tracy had fallen for him, she also decided to sometimes play hard to get.

“We do have adult time; go on a date,” Tracy concluded.