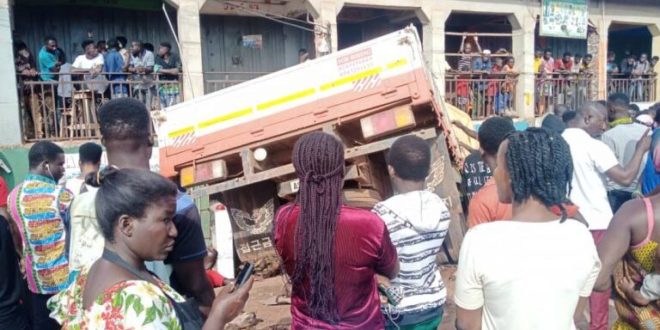 WN/R: Truck Run Over a Pregnant Woman and 5-year-old child at Sefwi Juaboso 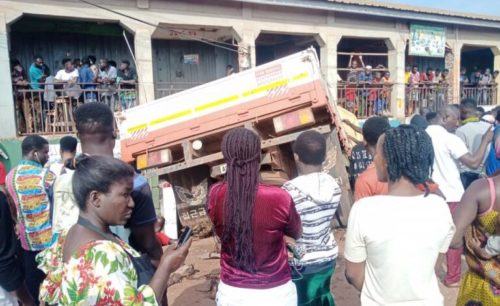 Three persons including a pregnant woman and a five-year-old child have died after a truck ran over them at Sefwi Juaboso in the Western North Region.

Liberty FM’s Emmanuel Sowa reports on Onua FM’s midday news made it clear that, a Kia Rhino with registration number AS 9238-22 carrying plantain suckers ran into a stationary tricycle popularly known as Pragyia which the woman had boarded with her child.

The Rhino also ran into a Mercedes Benz with registration number AS 5233-19.

The woman and her chilled were killed instantly whilst four other persons have sustained various degree of injuries.

In his report, Sowa narrated the Kia driver was overspeeding and confronted an oncoming vehicle when he tried overtaking another car. He says the driver’s brakes failed him when he applied and turned the steering off the road which resulted in the massacre.

He stated the brain of the child gushed out of his skull where he died instantly.

The pregnant woman was sending the child to school and were awaiting other passengers to join them on the tricycle that had parked at the roadside.

The injured and the Kia driver are currently receving treatment at the Sefwi Juaboso Government Hospital .