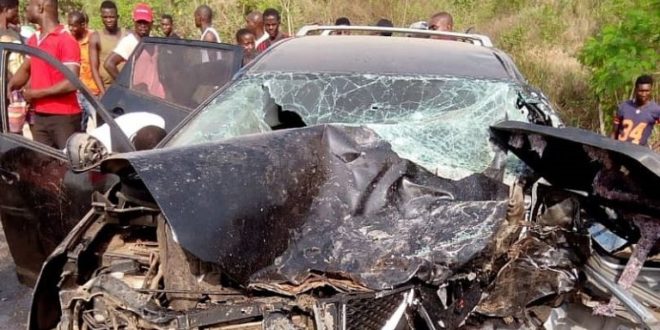 A/R: Head of a private car driver chopped off after tanker driver crashes his vehicle 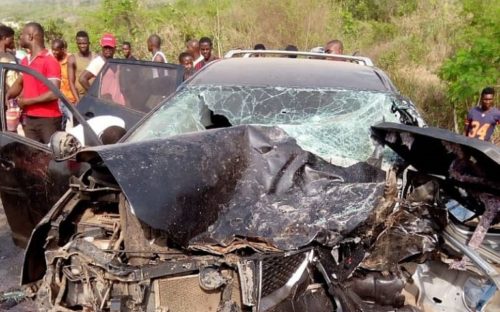 The head of a driver on a private vehicle has been chopped off after crashing a tanker at Adansi Anwiaso in the Adansi Asokwa District of the Ashanti Region.

According to a resident by name Chief, who visited the scene right after the accident, the tanker with registration number AS 8379-22 was over speeding according to other users of the road.

Chief says upon reaching an eating joint at Pamprom when they tried stopping him, he didn’t heed and sped off, crashing the private vehicle with registration number AW 1514-22, at a curve near Koo Nkwanta, chopping the driver’s head off.

“When I asked the tanker driver who survived the accident what happened, he told me the private car lost control. And I asked him how the two cars ended at the private car’s lane. He told me that’s all he saw,” he told Daakyehemaa Adwoa Asantewaa on the Maakye News.

He added it took a hectic effort for the Ghana National Fire Service to cut the vehicle to retrieve the headless body of the driver.

Meanwhile, the tanker driver and his mate did not get a scratch.