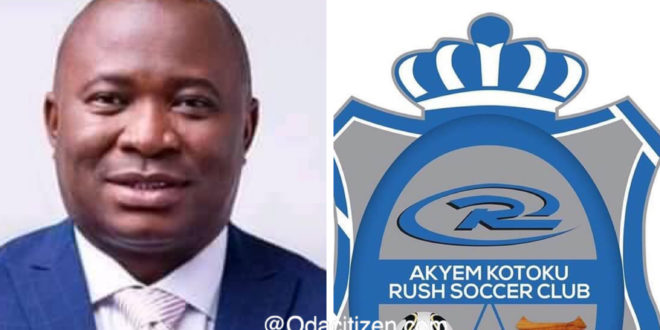 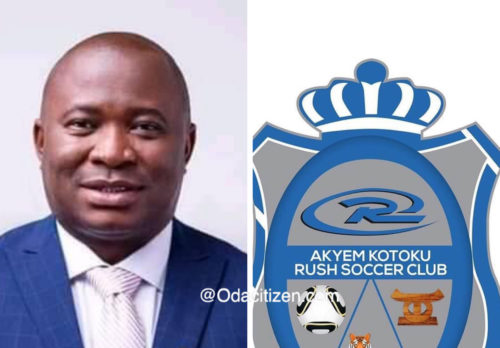 The Member of Parliament for the Akyem Oda constituency, Hon. Alexander Akwasi Acquah has congratulated the management and technical team and the playing body for qualifying into Ghana’s premier league.

Akyem Oda MP Congratulates Kotoku Royals Addressing supporters who had thronged the Oda Sports Stadium to welcome the Galant Royals after holding Tema Youth to a goalless game in Tema, the MP said this was a dream come true. He was particularly excited because he saw this dream long ago and decided to partner with the team to achieve this. *“ I know the extent to which the economy of Akyem Oda and its environs will be rejuvenated if our team qualifies into Ghana’s premier league and that’s why I decided to associate myself with the dream at a time that nobody believed in their efforts”* he told the excited supporters who had waited for the team and supporters to arrive at as late as 9pm.

Many were those who criticized the MP for wasting money when he gave cash rewards to the playing body after winning each game in the last season.
Even though the campaign was not successful then, Hon. Alexander Akwasi Acquah, didn’t relent in his effort.

Yesterday jubilation carnival by thousands of supporters that were at the Tema Sports Stadium and followed the team to Akyem Oda justified any investment to encourage the team to press to this stage.

Hon. Alexander Akwasi Acquah thanked all those who responded to the clarion call to push the team to this stage and promised that the support base will be organised so well to ensure that the team stays in the Premier League.

*He told the crowd: Kotoku Royals has come to stay*. 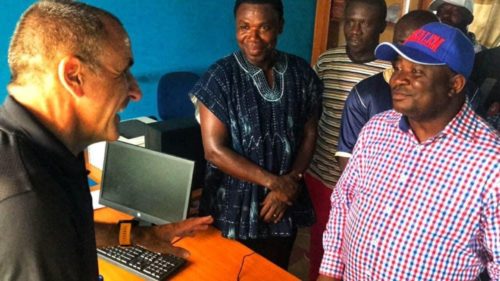