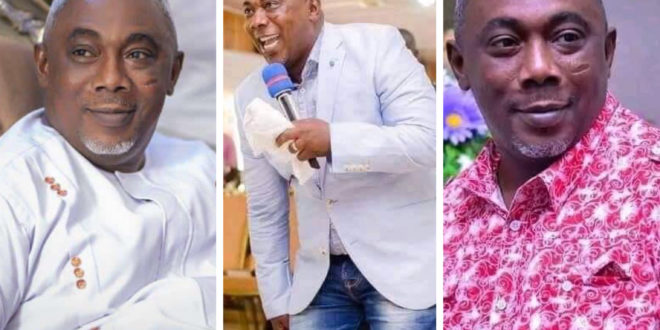 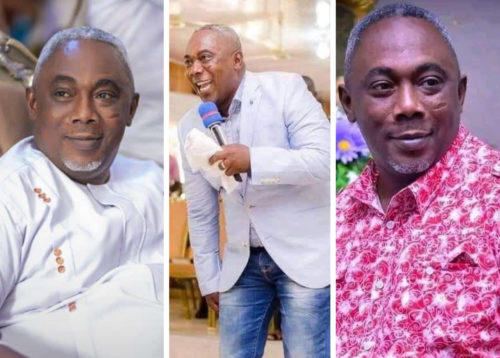 Popular Kumawood actor and Man of God, Apostle John Prah is one of the actors and pioneers in the Kumasi Movie Industry who pushed the industry to be well recognized and patronized by Ghanaians wholeheartedly. He was normally seen in movie roles as a Pastor due to how he plays such a role flawlessly because he is a Pastor in real life too.

Apostle John Prah is an articulate, polite, strong and purpose driven man in his roles in Movies. He is very influencial in his movie.

Apostle John Prah appeared at the Prince of Peace Presbyterian Church in Accra, for a revival programme doing the unthinkable, his presence drew an unusual crowd, many of whom wondered if indeed he is an ordained Minister of God.

He proved that he had been truly ordained by God as he led the congregation in a thought provoking preaching, while he performed miracles and exorcised evil spirits.

Apostle John Prah says he is “a true man of God” who has been in the ministry for the past 23years with the Jesus Power Evangelistic Ministry which has its headquarters at Obuasi in the Ashanti Region.

Apostle told the Spectator in an interview, that nobody knows tomorrow and no one can predict the future.

Apostle John Prah who neither dreamt of becoming an actor or a pastor in life. He said his desire to become a Lawyer remained a dream until he had a call from God to go into the ministry.

Apostle John Prah who has starred in many movies as a pastor,says he’s as a pastor, he does not only act, but shares his faith through his acting, Some of his movies are as follows, “Asore tour’, ‘Mpaebo tiefo’, ‘Awereho sem’, ‘Brirbi gyegye wo’, ‘Ahomhom tumi’, ‘Owuo sei fie’, ‘Asase Aban’ ‘Gay Pastor’ among others.

Where is Apostle John Prah From?

Apostle John Prah Heals from Nsawam in the Eastern Region, he attendeda Benkum Senior High School, then to the Oda Senior High School and finally Apam Senior School where he gained his Advanced (A) Level certificate.

He said while waiting for his results, he joined a group of young men (Disc Jockeys- DJs) much to the disagreement of his father. This was because he wanted him to pursue his dream as a Lawyer.

Apostle John Prah added that he then moved to the Atwea Mountains in the Ashanti Region for two years after which he enrolled at the Victory Bible College and Pan African College to pursue short courses in Bible Theology.

He then become an ordained Pastor, trying to find his feet well grounded in the House of God and imparting the lives of people through the Word of God.

He told this reporter that as part of his occasional activities, he usually go up the mountain at Atwea to pray and seek the face of God for days. It was during one of his camping that he met a man who introduced himself as the Director of Miracle Films Productions.

It was a life-changing experience because that day marked his new journey into something he had never anticipated; acting. The director, according to Apostle Prah, proposed to him to join his team to play the role of a pastor in one of his movies knowing very well he is a ‘real’ Pastor.

Initially unconvinced whether this was a good decision to make, he returned to his home and prayed concerning this offer. He also indicated that he discussed the issue with his wife, Rita Prah before eventually making a final decision.