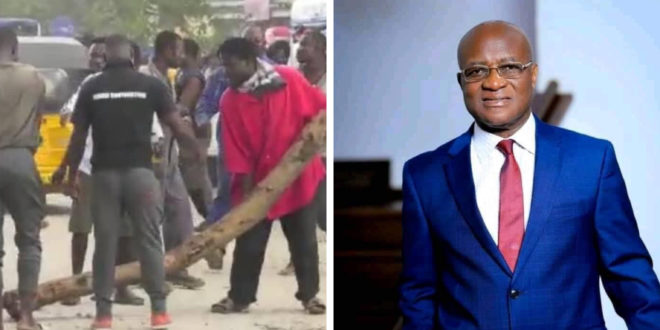 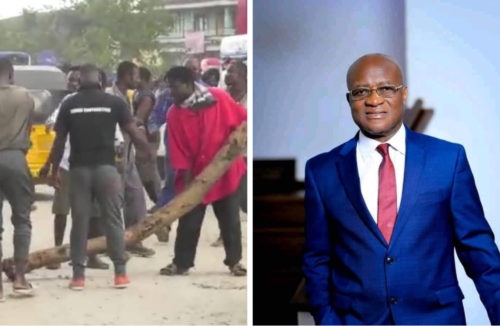 The leadership of artisans and spare parts dealers at Suame Magazine have rendered an unqualified apology to MP for the area, Osei Kyei-Mensah-Bonsu for pelting sachet water and other items at him.

The leaders in a press statement on Friday noted that the unfortunate incident on Monday was an “act of spontaneity by a group of people” and the “leaders had no hand in it.”

“As leaders we take full responsibility for what happened and wish to say the youth were wrong and should be condemned in no uncertain terms,” portions of the statement read.

According to the leaders, although residents are frustrated about the poor nature of the road, the manner in which they expressed their displeasure is “unrepresentative of the genuine people of Suame Magazine.”

The apology comes at the backdrop of a demand for an apology by the NPP Ashanti Regional Members of Parliament on Thursday.

Chairman of the Ashanti Regional Caucus in Parliament, Kwame Anyimadu Antwi who spoke on behalf of the other MPs condemned the actions of Suame residents.

“We highly condemn this act. I am not sure Mr. Osei Kyei-Mensah-Bonsu has been given resources that he had to use within the region which has not been used,” he said.

Mr. Anyimadu Antwi also urged the residents to exercise restraint as they lobby the government to fix the roads.

On Monday, some angry residents of Suame booed the MP, over the poor road network in the area.

The MP visited the Constituency to inspect the progress of work on various development projects.

His vehicle was also pelted with sachet water and other items such as coconut husk.