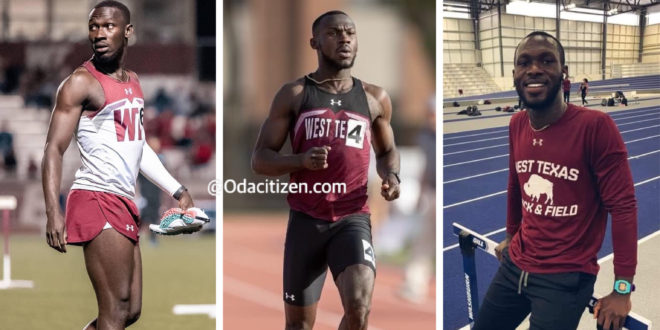 Azamati Benjamin Named National Athlete of the week in America 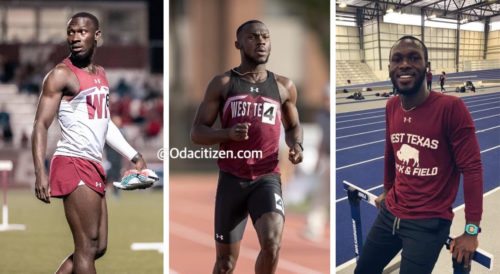 The sophomore from Akim Oda, Ghana helped the Buffs secure their second straight Lone Star Conference outdoor title last weekend winning the 100 and 200-meters.  He ran a wind legal 9.96 in the prelims of the 100-meters to set a new meet record which is the second-fastest time in NCAA DII behind his own divisional record of 9.90.

Azamati returned for the finals of the 100 a day later winning the individual event in a windy 9.86 (+3.0) that is the fastest all-conditions time in DII history. His second title of the weekend came in the 200 where he clocked 20.52.

I'm Odacitizen | Blogger | Promoter | Social Media Expert. I am the CEO and Manager of this noble website (Odacitizen.com). I publish on Entertainment, Sports, Politics, History and International News. You can also follow Us on YouTube Channel - Oda Citizen TV, Facebook- Odacitizen.com/Odacitizen, Twitter- Oda Citizen, Instagram- OdaCitizenOfficial. Email Address: odacitizen777@gmail.com. Contact Us on : 0553551970/0576674043
@Blogger Oda
Previous Medikal has to pay me for using my name on his song- Abena Korkor tells
Next Dr Mahamudu Bawumia,KiDi. Ohene Frimpong and Others Gifts Viral Taxi Driver Who Returned Money To Fishmonger