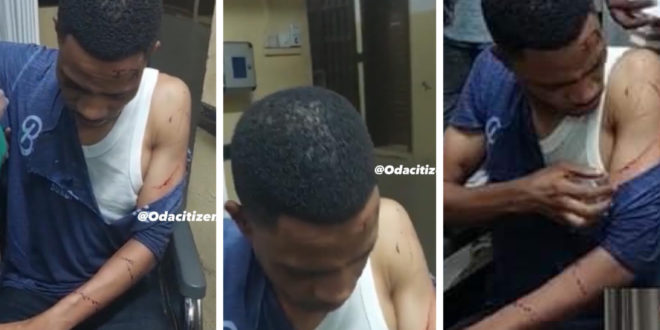 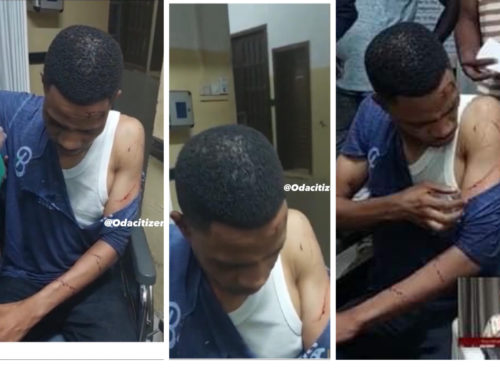 Kofi Adomah Nwanwanii, the host of Angel FM’s morning show, has been attacked by some unknown men on Saturday, August 6, 2022.
Sources say that the broadcaster was returning from DAMAX Estate, Kuntunse, a suburb of Accra when he was crossed by these men who were riding a motorbike and attacked him around Old Ashongman.
The unknown men used a sharp object to injure the journalist and later tried to set him ablaze.
“Kofi Adomah visited his House at DAMAX estate at Kuntunse, on his way back he was attacked around old Ashongman. He was crossed by the guys on Motorcycle.
“They targeted his face with sharp objects but he used his hands and shoulders to avoid many wounds on his face.
“They pour inflammable substance believed to be petrol and tried setting him on fire,” the source narrated to GhanaWeb.
Kofi Adomah Nwanwanii is currently on admission at the hospital.