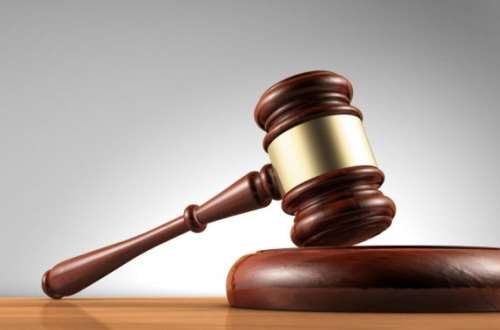 Two residents of Assin-Fosu in the Central Region have been sentenced to serve 36 months jail term.

The two, Evans Kwame Owusu, 32, and Nicholas Kwadwo Opanka, 22, are going to jail for stealing a sum of GHS1,500 from a shop at Assin-Fosu.

Giving the facts of the matter in court, the Prosecuting Officer, Chief Inspector Gilbert Ayongo disclosed that the complainant, Madam Rebecca Serwaah is a resident of Assin-Nyankomasi who is into the sale of mattresses.

During the bargaining, Nicholas Kwadwo Opanka is said to have diverted the attention of Madam Rebecca to give his accomplice Evans Kwame Owusu the chance to dip his hand into the handbag of Madam Serwaah.

He succeeded in stealing an amount of GHS1,500 before the two left the shop with an excuse to withdraw money from their mobile wallet to return to buy the mattress.

Hours later, Madam Rebecca Serwaah realised she had been robbed by the two. She reported the matter to the police who investigated and arrested the suspects.

Arraigned before the Assin-Fosu District Court presided over by. Mr. Abdul Majeed Illiasu, Evans Kwame Owusu, and Nicholas Kwadwo Opanka have both been sentenced to spend 18 months in jail.

This was after they both pleaded guilty to charges of conspiracy to steal and stealing.

I'm Odacitizen | Blogger | Promoter | Social Media Expert. I am the CEO and Manager of this noble website (Odacitizen.com). I publish on Entertainment, Sports, Politics, History and International News. You can also follow Us on YouTube Channel - Oda Citizen TV, Facebook- Odacitizen.com/Odacitizen, Twitter- Oda Citizen, Instagram- OdaCitizenOfficial. Email Address: odacitizen777@gmail.com. Contact Us on : 0553551970/0576674043
@Blogger Oda
Previous Agya Koo is my idol, I have been dying to act with him — Kalybos
Next No one has thrown insults to my face, only keyboard warriors – Delay to Empress Gifty