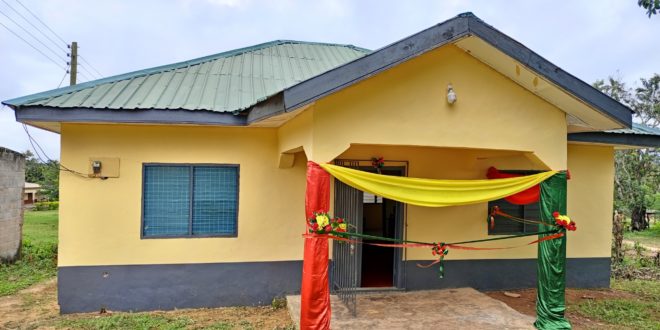 The member of parliament for Akyem Swedru constituency in the Eastern region; Hon. Kennedy Osei Nyarko has commissioned a new ICT laboratory which is installed with computers and a printer for school children in Akyem Aduasa community for the practical aspect of ICT studies and to enable them excel in their ICT exams. 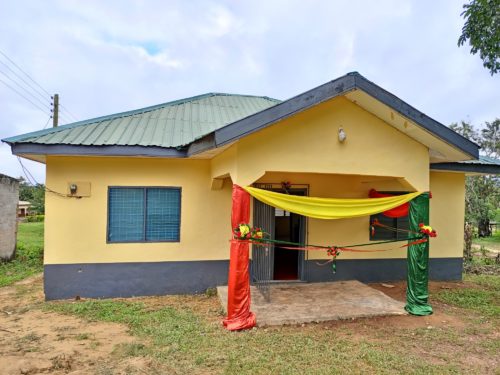 The chief of Akyem Aduasa; Osaaberima Abrokwah Gyampem speaking to the media during the commissioning of the new ICT lab revealed that teachers in schools within the community used to draw computer on black board for ICT lessons, hence he is very much excited to witnessed a new ICT lab built by their MP which happens to be one of his promises to the people of Akyem Aduasa during his election campaign.

He has therefore expressed his profound gratitude to their MP; Hon. Kennedy Osei Nyarko and also appealed to teachers and school children in Akyem Aduasa community to take good care of the facility and also learn hard to excel in their ICT exams.

The member of parliament for Akyem Swedru constituency; Hon. Kennedy Osei Nyarko speaking to the media shared his main motive for building the ICT lab for school children in Akyem Aduasa community which is to empower their studies in technology and also in fulfilment of his campaign promise for Akyem Aduasa people which happens to be the last on the list.

The district director of education for Birim South district; Mr. Henry Sintim speaking to the media revealed that ICT studies is mostly theological aspect because there not enough ICT lab in the district hence he will appeal to government and cooperate institutions to help build more ICT lab in communities which doesn’t have one to enable children in smaller towns to be able to compete with their fellows in the cities.

Watch the video below;

I'm Odacitizen | Blogger | Promoter | Social Media Expert. I am the CEO and Manager of this noble website (Odacitizen.com). I publish on Entertainment, Sports, Politics, History and International News. You can also follow Us on YouTube Channel - Oda Citizen TV, Facebook- Odacitizen.com/Odacitizen, Twitter- Oda Citizen, Instagram- OdaCitizenOfficial. Email Address: odacitizen777@gmail.com. Contact Us on : 0553551970/0576674043
@Blogger Oda
Previous Eastern Region: Residents of Akyem Aboabo threatened to stop all political rallies in the area because of abandoned road projects.
Next Poverty almost triggered me to ditch my career to live in the UK – Amerado