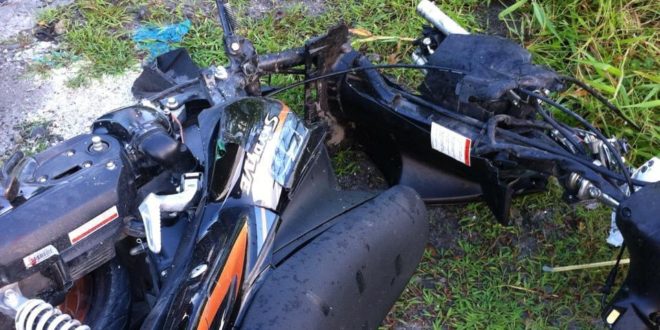 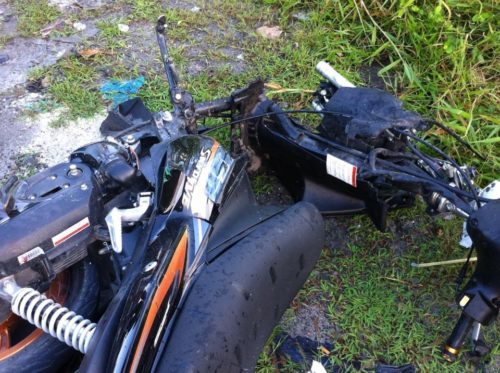 A 17-year-old student of Apersua Community Day Senior High School near Nkurakan in the Yilo Krobo Municipality in the Eastern region has died in a motorbike accident.

The deceased Emmissah Bright, a first-year General Arts student was pronounced dead on arrival at the Eastern Regional Hospital.

Information gathered by Starr News indicates that the deceased and his mate Ayer Theophilus, a Visual Arts student currently on admission at the same hospital were on a commercial motorbike to school.

However, according to the rider Eliasu Baakie, the motorbike crashed into a bumpy portion of the Nkurakan to Huhunya road which is under construction right in front of the School and as a result lost control of the steering wheel and crashed.

The students were rushed to the Eastern Regional Hospital while the rider was sent to a health centre in the community.

Unfortunately, Emmissah Bright was pronounced dead while Ayer Theophilus is responding to treatment.

One of their mates, Doku Martin, who accompanied them to the hospital out of shock collapsed but regained consciousness.

Meanwhile, the chairman of the Nkurakan chapter of the Ghana National Association of Teachers, GNAT, Emmanuel Dzramado, and officials of the Ghana Education Service in the Regional Directorate visited the victims at the hospital.

The death of the 17-year-old students comes a few days after an 18-year-old student of Oyoko Methodist Senior High School Roland Asare was stabbed to death in Koforidua.