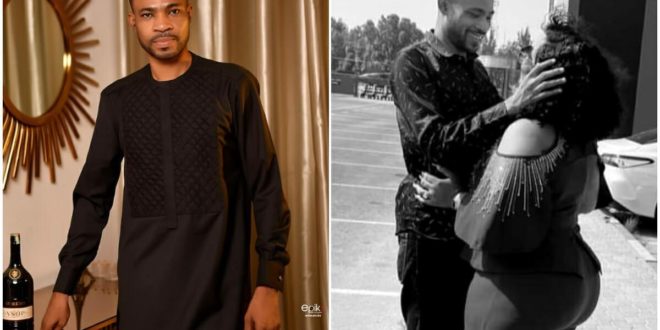 For the sake of our children, please stop- Kofi Adoma’s wife tells him 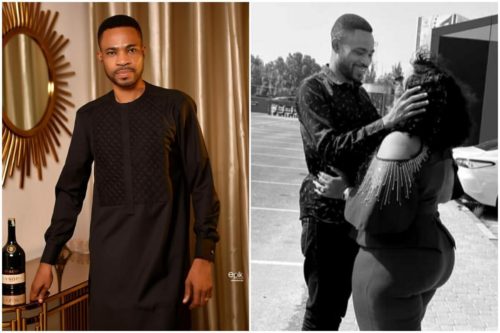 The brouhaha surrounding Kofi Adoma is under the spotlight once again after his wife Miracle Adoma waded in and offered a timely intervention.

The former Adom TV & radio presenter had come under severe criticism over his recent confessions on live radio (also streamed live on Angel TV) for cheating on his wife with multiple women.

Although it seemed the seasoned journalist charted this path to earn the favour of his wife so she perceives him as a ‘new creature’, most Ghanaians have still slammed him and called him an unrepentant liar who will continue cheating on his wife.

The forerunner of the criticisms has been Afia Schwarzenegger who said Kofi is a shameless cheat whose modus operandi will persist. She claimed he targets wealthier women, sleep with them and moves on to prey on his next meal.

Amidst all the brouhaha, his wife has asked him to stop explaining himself because eventually, people wield more power over their own opinion than over the real fact.

This was after Kofi attempted to clarify his and respond to the naysayers that he’s indeed a changed man.

According to Miracle Adomah, he does not need to explain because she is not perturbed about the claims and rumours out there.

Miracle believes the whole fray could have a negative impact on their children.

She said, “stop explaining, stop it! Stop it! Baby please, kindly end it. Let everybody say whatever they want to say. Please don’t say anything again for the sake of our children.”

I'm Odacitizen | Blogger | Promoter | Social Media Expert. I am the CEO and Manager of this noble website (Odacitizen.com). I publish on Entertainment, Sports, Politics, History and International News. You can also follow Us on YouTube Channel - Oda Citizen TV, Facebook- Odacitizen.com/Odacitizen, Twitter- Oda Citizen, Instagram- OdaCitizenOfficial. Email Address: odacitizen777@gmail.com. Contact Us on : 0553551970/0576674043
@Blogger Oda
Previous Toohype Kay Tee releases BITE 2 track ahead of his LongWalk EP
Next I Will Get A Divorce If Marriage Stresses Me Out”-Mzvee Says