Breaking News
Home / NEWS / I can’t in a haste give a ruling on Adwoa Safo; I need time to do that – Bagbin 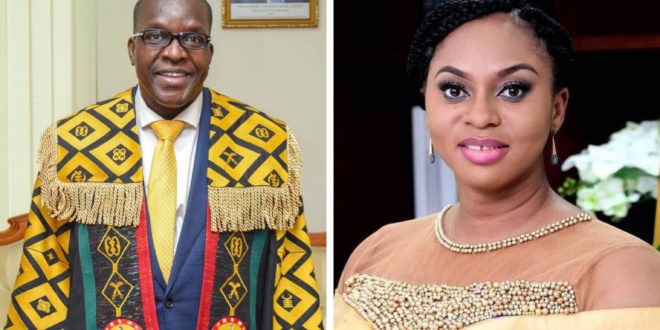 I can’t in a haste give a ruling on Adwoa Safo; I need time to do that – Bagbin 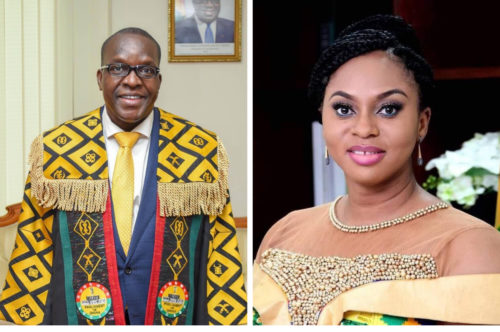 Speaker of Parliament Alban Bagbin, has said he will not, in a rush, give a ruling on the recommendations made by the Privileges’ Committee of Parliament on the three New Patriotic Party (NPP) Members of Parliament who were interrogated by the Committee for absenting themselves from Parliament without permission.

He has therefore deferred his decision until resumption of sitting from break as Parliament rises today July 28, TV3’s Parliamentary Correspondent Komla Kluste reported.

Addressing the House on Thursday July 28, Mr Bagbin said he needed time to produce a reasoned written ruling on the matter.

“Honourable Members, I have consulted the old lady, the old lady has given me an advise and I think that advise is correct. The issue raised by the Majority Leader is both of substantive and procedural law.

“I need time to submit to this house a reasoned, written ruling. I cannot in a haste of today, give you the ruling. In the circumstance, I will urge this House for us to call it a day.”

The Committee met Ken Agyapong and Henry Quartey however, could not meet Adwoa Safo because she was out of the jurisdiction.

With regards to Hon Sarah Adwoa Safo, in spite of all the efforts made to invite her to attend upon the Committee, the Hon Member did not appear before the Committee to provide the reasons for her absence from the House without written permission for more than the fifteen Sittings threshold.

“By the provisions of Article 97 (1) (c) of the 1992 Constitution, the onus is on Hon Sarah Adwoa Safo to provide a reasonable explanation to the Privileges Committee why she shall not vacate her Seat, for having absented herself for forty-two (42) Sittings, during the period under consideration.

“The above notwithstanding, the Majority, was of the view that, Hon Sarah Adwoa Safo failed to take advantage of the numerous opportunities and facilities offered her to provide reasonable explanation to the Committee with regard to her absence without leave.

“Therefore, pursuant to Article 97 (1) (c) of the 1992 Constitution and the Court of Appeal decision in the case of Professor Stephen Kwaku Asare v the Attorney General & 3 Ors, the Dome-Kwabenya should be declared vacant.”