Breaking News
Home / NEWS / I honoured Sarkodie with a flask because water is life – Dr. UN 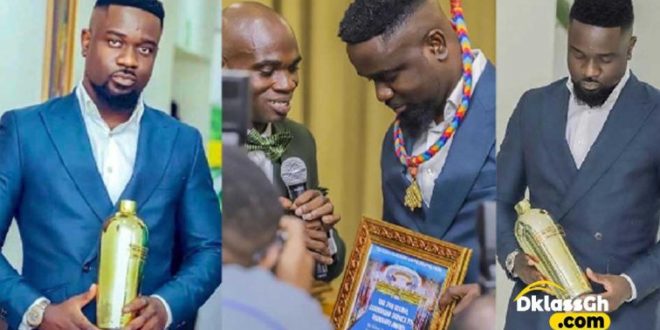 I honoured Sarkodie with a flask because water is life – Dr. UN 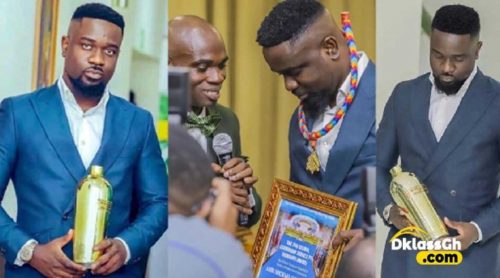 One of Ghana’s most contentious personalities, Dr. UN, has finally spoken out about the uncomfortable award he awarded certain Ghanaian celebs.

Born Kwame Fordjour, revealed in a Delay interview the symbols of the awards he presented to famous people who visited his award ceremonies.

Social media erupted when it was revealed that a self-described Ph.D. holder had deceived several famous people and celebrities by presenting them with a bogus award titled the 7th Global Leadership Service to Humanity Awards, which was presented on Friday, August 28, 2020.

Sarkodie, Berla Mundi, Johnnie Hughes, Professor Ebenezer Oduro, Vice-Chancellor of the University of Ghana, Nathaniel Attoh, Chairman Wontumi, S. K. Boafo (former Ashanti Regional Minister and Board Chair of the Minerals Commission), D-Black, and many others are among the well-known individuals to whom Dr. UN has given awards.

Dr. UN provided an explanation of his decision to bestow the Water Flask award upon Sarkodie during a Delay Show interview.

He claims that the rapper’s fans are comparable to water, and as Sarkodie controls the flow of water, the fans’ lives are in his hands.