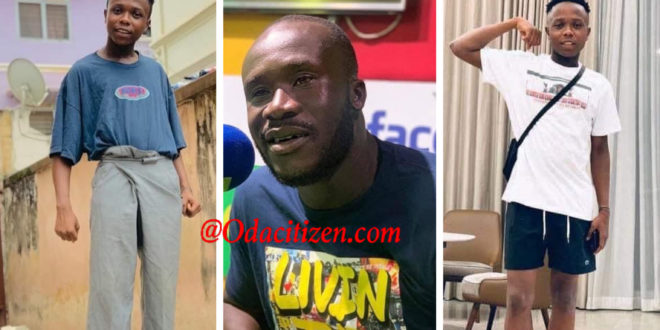 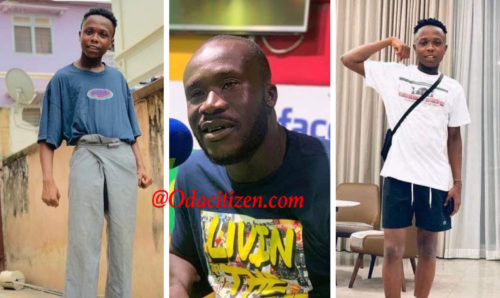 Ghanaian comic actor, Kyekyeku has given a vivid account of how he met his boss, Dr. Likee and Akabenezer.

The fast-rising actor is one of the most talked-about in recent times following the huge success they have chalked on the Youtube space with their comic skits.

In a recent chat with Kwaku Manu, Kyekyeku revealed that he comes from a poor home, and life, while he was growing up, was very tough.

According to the Kyekyeku, he struggled a lot to attend school because his family could not bare the financial cost at the time.

He added that there were times he had to hawk movies just so he could get some money to feed himself.

However, he finally began to get the opportunity to act and that was the point things started to change even though it took some time.

Kyekyeku mentioned that his decision to pursue a career as an actor made him settle on being a day student back at the senior high school since that was the only way he could do the acting and schooling together.

In the midst of all these struggles came his ‘savior’, Akabenezer.

The funny actor heaped praises on Akabenezer for helping him to become one of the people most Ghanaians enjoy watching on their screens now even though he is literally a nobody.