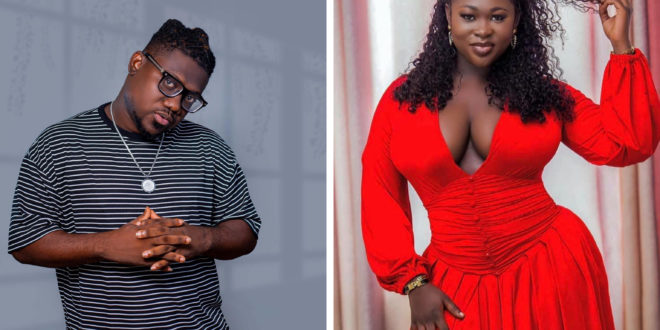 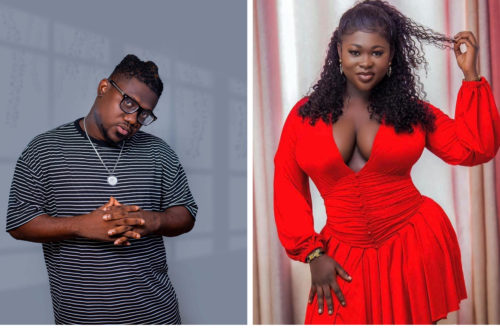 On the Hitz FM Daybreak Show on Monday, August 8, 2022, Sista Afia while reacting to claims that Ayesem has written songs for her but she has failed to pay them admitted that the ‘Koti’ hitmaker has done so.

Sista Afia added that she did not expect Ayesem to come out to say things he said about her just because he wanted to promote a new song.

Well, these remarks of Sista Afia apparently do not sit well with Ayesem and he has made that very clear in an interview with Hertilicious of Empire FM which is based in Takoradi.

According to Ayesem, the things Sista Afia said were just her way of doing damage control to save some face for herself.

“I think it was damage control that she was trying to do. I was listening to her this morning. All that she was saying about me were all lies,” Ayesem stated.

Ayesem added that contrary to the allusion by Sista Afia that coming out to say he wrote her songs was a childish act, he did that to tell the world about his impeccable writing skill and attract other prospective customers.

I'm Odacitizen | Blogger | Promoter | Social Media Expert. I am the CEO and Manager of this noble website (Odacitizen.com). I publish on Entertainment, Sports, Politics, History and International News. You can also follow Us on YouTube Channel - Oda Citizen TV, Facebook- Odacitizen.com/Odacitizen, Twitter- Oda Citizen, Instagram- OdaCitizenOfficial. Email Address: odacitizen777@gmail.com. Contact Us on : 0553551970/0576674043
@Blogger Oda
Previous Central Region: Pastor Crushed To Death By UEW Bus; 6 Others In Critical Condition
Next Roger Trey Haun has earned a special place in the hearts of Ghanaians. 😍