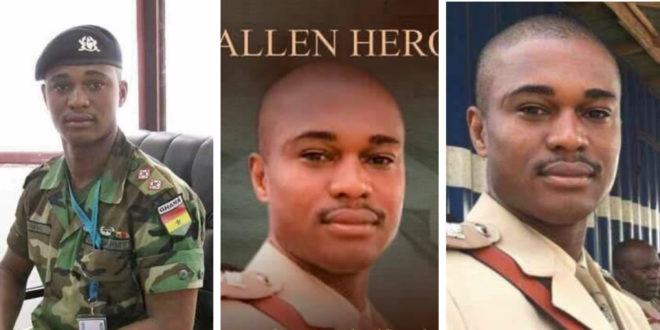 State Prosecutors have closed their case against 14 accused persons who have been charged with the offence of murdering the late Major Maxwell Mahama in 2017.

Defence lawyers, after the State closed its case, indicated to the trial judge, Justice Mariama Owusu, a Justice of the Supreme Court sitting with additional responsibility as a High Court judge, that they intend to file a ‘submission of no case’ application before the court.

A ‘submission of no case’ is basically an application made by defendant lawyers asking a trial court for the acquittal of their client(s) without the accused persons having to present a defence.

Justice Mariama Owusu, after the signal of the defence lawyers, ordered them to do same within the next two weeks.

She further ruled that the parties are to return to court on 30 May 2022, at which sitting, she will spell out timelines for the State to respond to the ‘submission of no case’ application of the defence lawyers.

The Court has been trying the 14 accused persons over the last six years since to death of Major Mahama occurred. Due to the COVID-19 pandemic that broke-out in March 2020, the trial took nearly a one-and-a-half year break.

Between January and April 2021, the trial suffered another break because the trial judge was one of 7 Supreme Court Justices who adjudicated the 2020 presidential election petition.

Major Maxwell Mahama of the 5 Battalion of Infantry was lynched while he went jogging in the early hours of Monday, 29 May 2017.

The mob, made up of residents of Denkyira-Obuasi in the Central Region who stoned and burnt him, later claimed that they mistook him for an armed robber because he carried a weapon.

The gruesome murder shocked the entire nation, and led President Nana Addo Dankwa Akufo-Addo to promote him posthumously to Major, give him a state burial and set up a trust fund to cater for his family and any other matters.

The President also ordered the construction of a monument near Burma Camp to serve as a constant reminder to all Ghanaians not to indulge in such acts of shame and dishonour again.

53 people were arrested following the incident but that number reduced to 14 after several weeks of investigations into the incident.