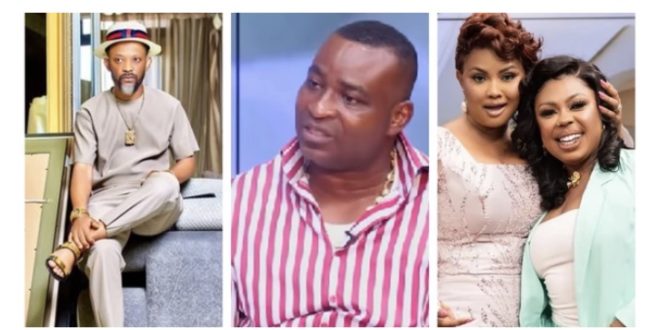 Ghanaian business mogul and politician, Bernard Antwi Boasiako popular known as Chairman Wontumi has reacted to the apology UTV made to him following Afia Schwarzenegger’s comments on United Showbiz.

According to Chairman Wontumi, the case is in court and that’s the only way it can be solved at this moment.

On Friday, July 15, 2022, the Management of UTV issued an unqualified apology to Chairman Wontumi over Afia Schwarzenegger’s comments on the United Showbiz show hosted by Nana Ama McBrown.

The Ghanaian social media commentator who appeared on the show and made comments that UTV admitted defamed the Ghanaian business mogul and politician.
Afia Schwarzenegger spoke about Chairman Wontumi suing her. She was sued for claiming that she had sex with the NPP regional chairman for the Ashanti region.

Speaking on the matter, Afia Schwarzenegger defended her comments and added that she stooped low to date someone like Chairman Wontumi.

This, hence, triggered Chairman Wontumi to sue the TV station too. He also dragged Nana Ama McBrown, host of United Showbiz on UTV, Despite Media Managing Director Fadda Dickson, Afia Schwarzenegger and panellists A Plus and Mr Logic to court for contempt.
Even though the media outlet has issued an apology to Chairman Wontumi, he says the issue is in court, hence, it should be solved there.
Speaking to Paul Adom Okyere on ‘Good Evening Ghana’, the Ashanti Regional NPP Chairman said he wouldn’t talk about the issue because it was in court.
When Chairman Wontumi was asked if he had seen UTV’S apology, he said, “I don’t want to talk about it but the issue is in court. The things that are in court, I don’t talk about it.”

Baba Sadiq Abdulai Steps Down As CEO/MD Of 3Media Networks

Pull him down syndrome is in the DNA of Ghanaians – Gyakie

Ghanaian songstress, Jackline Acheapong widely known as Gyakie has lamented over the ‘pull him down’ …