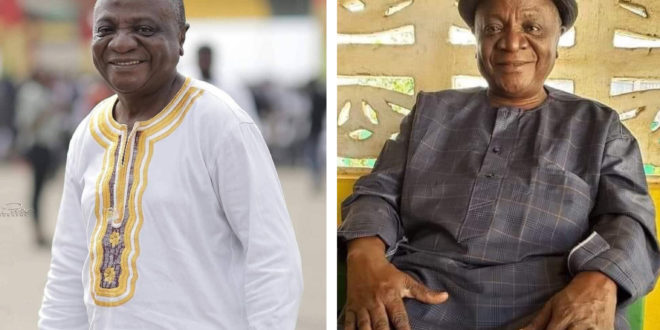 Nana Ampadu to be buried on October 8 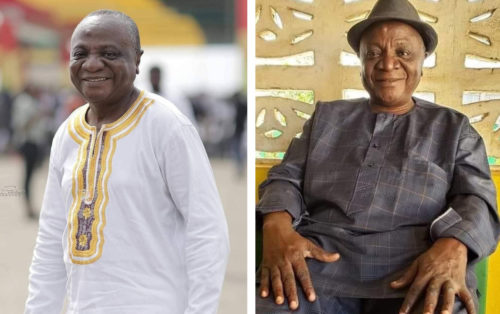 The mortal remains of the late Nana Kwame Ampadu will be taken to his hometown, Obo Kwahu for funeral rites on Saturday, October 8.

The final funeral rites will begin with a Night Vigil at the Forecourt of the State House on Thursday, October 6.

He will be laid in state on Friday, October 7, at the state house.

However, the funeral service will take place at the Obo Community Centre, Obo Kwahu in the Eastern region followed by interment.

The memorial and thanksgiving Service will be on Sunday, October 9 at Obo Community Centre, Obo Kwahu.

Nana Ampadu popularly known as Nnwomtofohene died on Tuesday, September 28, 2021, at the Legon Hospital in Accra after a short illness. He was 76 years old.

He left behind a wife, Madam Joyce AB Frimpong, 24 children and 30 grandchildren.

The announcement of his death had endless tributes from numerous people including his colleagues in Ghana and abroad.

Among them is the legendary Agya Koo Nimo who described Ampadu as an incomparable talent and one of the last greats in his generation to join the ancestors.

Nana Ampadu was widely appreciated and admired for his preservation of folklores through narrations in his songs such as Aku Sika, Kofi Nkrabea, Ebi Te Yie and many others that end on pieces of advice.

In the words of Agya Koo Nimo, “he gave practical meaning to Ghanaian folklore, researched on them and brought them into Highlife music in the form of narration of folk stories.

Nana Ampadu was creative and an original who never adulterated his type of guitar-based Highlife with foreign rhythms.

Nana Ampadu always created something new and the paramount aim was to bring innovative rhythms that are danceable.

He was at the forefront of modern urban Highlife music and one of the leading exponents of authentic Ghanaian Highlife in the 70s, 80s and the 90s.

It is not out of nothing that he came to national prominence to earn the title ‘Nnwomtofo Hene’ because for decades, he maintained a standard and produced quality Highlife music uniquely Ghanaian.