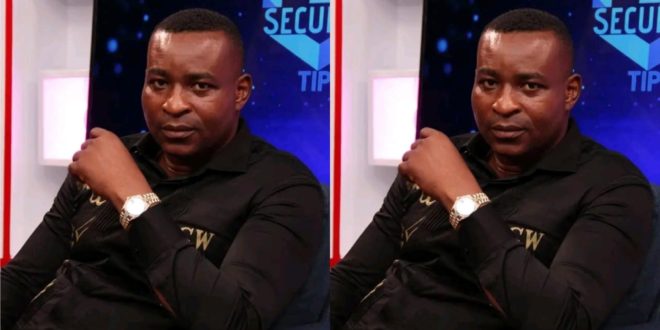 The Ashanti Regional Chairman of the ruling New Patriotic Party (NPP), Bernard Antwi Bosiako widely known as Chairman Wontumi has debunked claims that he is into illegal mining.

According to the firebrand politician, all his mining businesses are licensed and genuine.

Speaking on the recent controversy regarding one of his companies, Akonta Mining, Chairman Wontumi said he is open to any investigations the government will conduct on their operations.

“I am appealing to them to use the law. They should do their investigations, and we should let the law work,” he said on his TV station, Wontumi TV.

Mr. Boasiako also responded to speculation that he is involved in illegal mining, saying, “I want to tell the public that I am not into galamsey.”

“I have a large scale company which Akonta mining is under… All the required documents I have, I will make all available,” he added.

Akonta Mining Company Limited was said to have been operating unlawfully in the Nimri Tano forest reserve in the Amenfi West Municipality of the Western Region.

“The attention of the Ministry of Lands and Natural Resources has been drawn to publications about certain operations by Akonta Mining Limited in the Tano Nimiri Forest Reserve in the Amenfi West Municipality in the Western Region.

I'm Odacitizen | Blogger | Promoter | Social Media Expert. I am the CEO and Manager of this noble website (Odacitizen.com). I publish on Entertainment, Sports, Politics, History and International News. You can also follow Us on YouTube Channel - Oda Citizen TV, Facebook- Odacitizen.com/Odacitizen, Twitter- Oda Citizen, Instagram- OdaCitizenOfficial. Email Address: odacitizen777@gmail.com. Contact Us on : 0553551970/0576674043
@Blogger Oda
Previous Nana Ampadu to be buried on October 8
Next I am getting threats after the re-emergence of my old negative tweets – KiDi