Tanzanian fisherman who rescued 20 plane crash victims rewarded with a federal job, cash by the President

A Tanzanian fisherman who rescued no fewer than 20 plane crash victims has been rewarded with a federal job by the President of Tanzania, Samia Suluhi, for his heroism.

Recall that on Sunday, November 6th, a Precision Airplane crash landed into Lake Victoria as it was approaching Bukoba airport from the Julius Nyerere International Airport in Dar es Salaam where it was supposed to land, killing 17 passengers and two pilots.

The fisherman, identified as Jackson Majaliwa, was one of the first responders who arrived at the scene and broke into the airplane to save the passengers.

Jackson, who spoke with a local news outlet, said he narrowly escaped being killed while trying to save the pilots, captian and first officer who were stuck in the cockpit.

Following his demonstration of bravery, Tanzanian President has in a statement released by Tanzania’s Prime Minister, Kassim Majaliwa, on Monday, November 7, recognized his bravery and ordered the Ministry of Home Affairs to employ Jackson into the Tanzania Fire and Rescue Force.

”I order the Interior ministry to recruit Majaliwa into the country’s Firefighting and Rescue Brigade, so that he can receive the required training for him to become fit for the job.

The fisherman should be trained in rescue mission,” the statement reads in part.

He was also reportedly rewarded with 1 million Tanzanian shillings for the role he played in the rescue mission that saved a total of 24 persons, including 22 passengers and 2 cabin crew members. 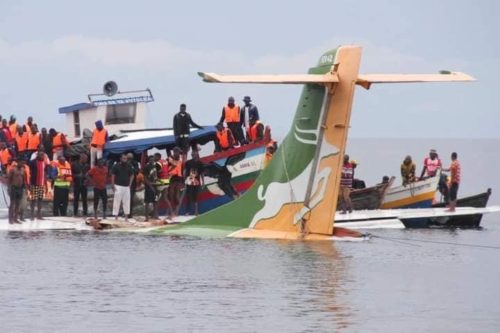 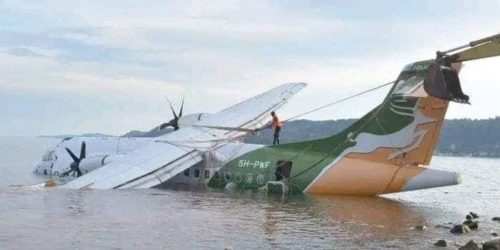