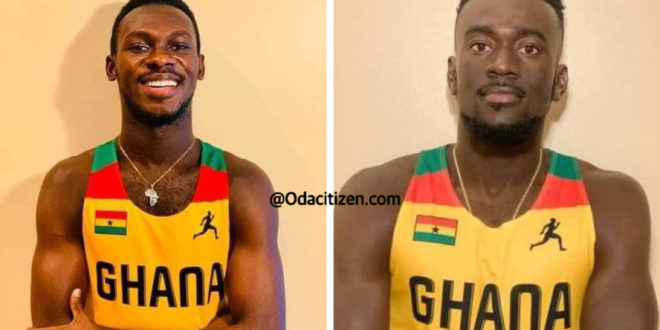 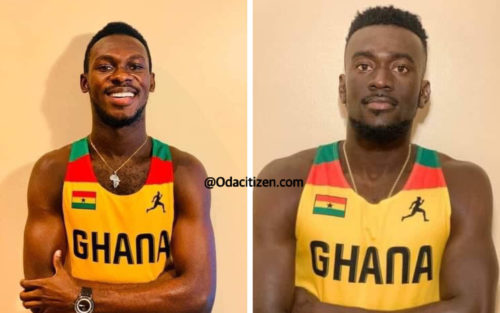 Ghanaian duo, Benjamin Azamati and Joseph Paul Amoah, failed to make the list of athletes to qualify for the semifinal of the 100m at the World Athletics Championships in Oregon.

Azamati finished fourth in Heat 6, where he run alongside Olympic champion, Andre de Grasse as well as Christian Coleman 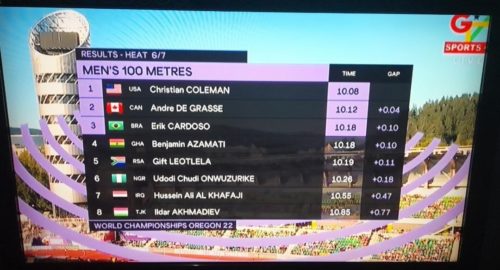 He finished the heat with 10.18s but still failed to book a place in the semifinal.

Coleman and De Grasse finished as the top two from heat 6.

Joseph Amoah was also unable to secure a semifinal place at the 2022 championships after running 10.22s.

He finished sixth in his heat 7, running alongside Ferdinand Omanyala, who earned the third spot. 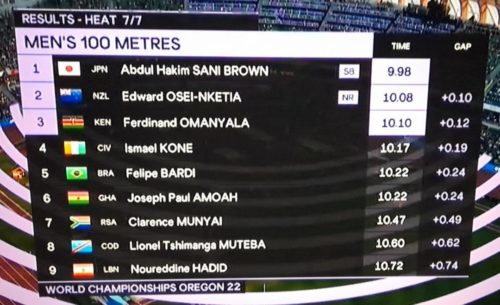 Having won gold in Paris, Azamati was looking to at least secure a place in the semifinal but a slow start to his heat in the early hours of Saturday saw him narrowly miss out on the target.

I'm Odacitizen | Blogger | Promoter | Social Media Expert. I am the CEO and Manager of this noble website (Odacitizen.com). I publish on Entertainment, Sports, Politics, History and International News. You can also follow Us on YouTube Channel - Oda Citizen TV, Facebook- Odacitizen.com/Odacitizen, Twitter- Oda Citizen, Instagram- OdaCitizenOfficial. Email Address: odacitizen777@gmail.com. Contact Us on : 0553551970/0576674043
@Blogger Oda
Previous Thomas Amoani: Boy who Scored 8As in WASSCE Emerges Overall Best Economics Student at Brunel University
Next I’m ever grateful to whoever invented YouTube, it has saved me from poverty — Kwadwo Sheldon