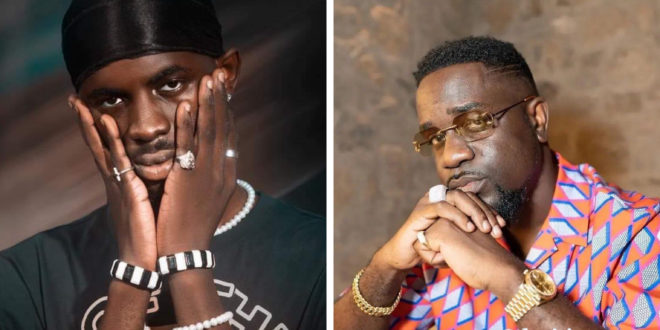 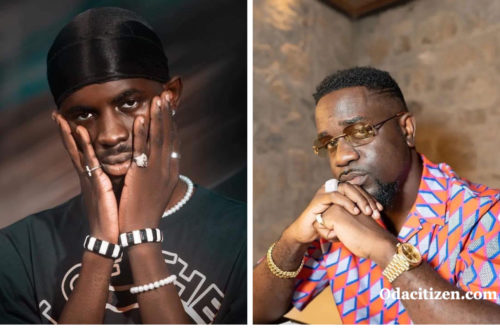 Award-winning rapper, Sarkodie, has revealed how break-out act, Black Sherif got onto the tracklist for his upcoming album, Jamz.

Blacko is featured on a song titled ‘Country Side’, the 9th track on the album set for release on Friday.

The album, which Sarkodie describes as every DJ’s best playlist, will be his eighth studio album.

Ahead of the release, the ‘Non-Living Thing’ crooner has explained that he is only moved to collaborate based on conviction and barely reaches out to other artistes to get on his projects.

“If I want to do a song, it is rare that I would think that oh, this boy is the new hottest artiste I want to put him on,” he said.

Black Sherif was an example he cited on Accra-based 3 Music Network on Thursday.

Big shoutouts to my superstar Blacko. Blacko hit me up last minute of this project, ‘Landlord I have to be on Jamz’. I said, pull up,” he added.

He also admitted that Black Sherif was a heavy influence on that particular song ‘Country Side’ and inspired its direction.

Jamz’ is a 10-track album and has nine artistes featured on it. Track two named ‘Confam’ is the only song that has no feature.

The lead song ‘Labadi’ which has already been released features artiste King Promise.

I'm Odacitizen | Blogger | Promoter | Social Media Expert. I am the CEO and Manager of this noble website (Odacitizen.com). I publish on Entertainment, Sports, Politics, History and International News. You can also follow Us on YouTube Channel - Oda Citizen TV, Facebook- Odacitizen.com/Odacitizen, Twitter- Oda Citizen, Instagram- OdaCitizenOfficial. Email Address: odacitizen777@gmail.com. Contact Us on : 0553551970/0576674043
@Blogger Oda
Previous Ghanaian YouTuber’s call to the Bar on hold for ‘lack of good character’
Next The USA national football team has arrived in Doha for the FIFA World Cup Qatar 2022.