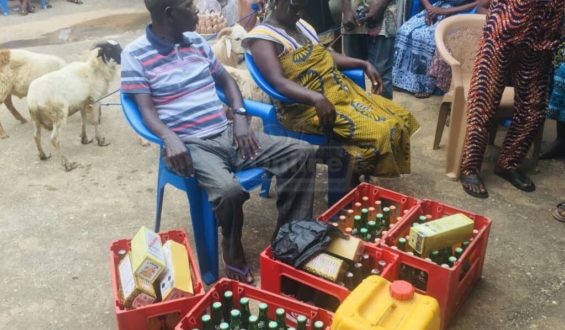 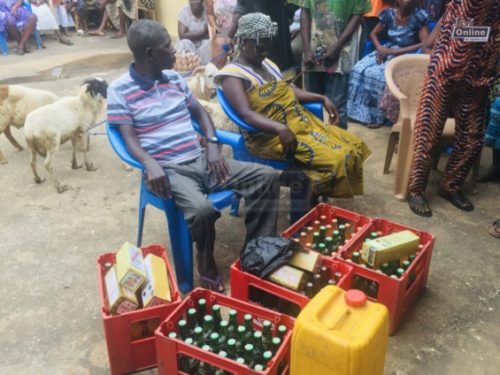 The traditional authorities at Assin Andoe in the Assin South District of the Central Region have performed a purification rite for a 60-year-old man who had sexual intercourse with his three biological daughters.

Two weeks ago, Opanin Kwame Atta, popularly known as Showboy, was fined ₵12,000 and asked to bring some items including 5 full-grown sheep, crates of assorted drinks, and bottles of exotic schnapps for purification rituals.

Out of these demands, Kwame Atta was able to raise an amount of ¢8,000 and pleaded to pay for four sheep due to financial constraints.

The Chief of the area, Nana Atta Banafo III, after the rite at the palace told the media that, they will perform two separate rituals at the places where the incestuous act occurred including the farm.

He explained that the purification rite is to prevent bad omens from befalling the family as well as the community.

Kwame Atta was on Wednesday, August 3, summoned to the Chief palace after he was accused of incest. 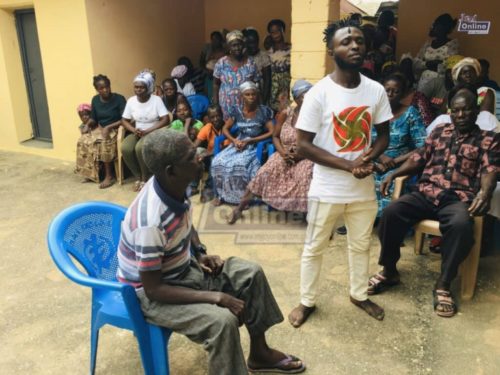 The suspect upon appearing before the traditional leaders admitted to the act and pleaded for mercy.

But after deliberations, the Chief charged the culprits accordingly.

The three victims whose names are being withheld are said to be in their twenties.

According to the Linguist of Assin Andoe, Nana Yaw Oteng, the girls have suffered years of sexual assault from their father but they were afraid to report the assault due to the death threats from their parents. 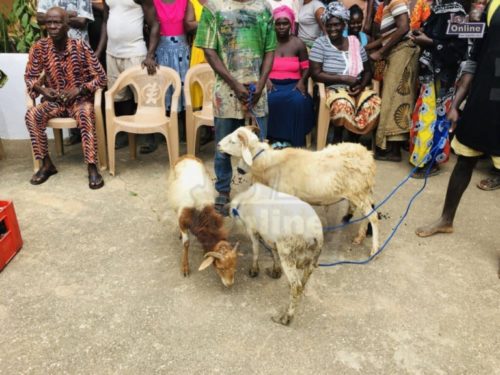 The issue, however, came to light following a strange disease that bedeviled the family for many months with no cure, hence the revelation about the incestuous acts. 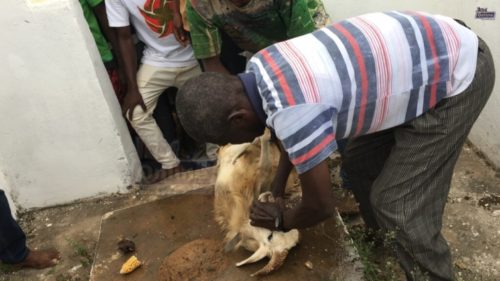 Okyeame Yaw Oteng advised girls who are going through similar ordeals to report such cases. 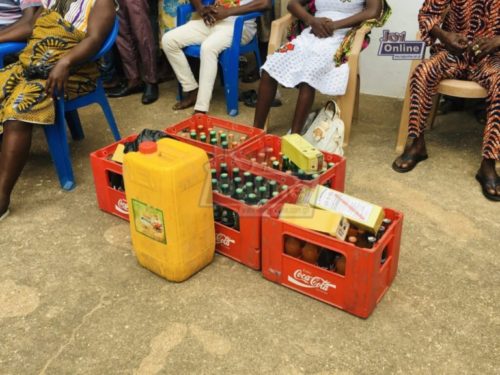 Meanwhile, the chiefs have reported the issue to the Assin South Police.

I'm Odacitizen | Blogger | Promoter | Social Media Expert. I am the CEO and Manager of this noble website (Odacitizen.com). I publish on Entertainment, Sports, Politics, History and International News. You can also follow Us on YouTube Channel - Oda Citizen TV, Facebook- Odacitizen.com/Odacitizen, Twitter- Oda Citizen, Instagram- OdaCitizenOfficial. Email Address: odacitizen777@gmail.com. Contact Us on : 0553551970/0576674043
@Blogger Oda
Previous Police in the Ashanti Region on Manhunt for two robbers
Next MTN gifts 2-bedroom house to the woman who played lead role in the first MOMO Advert