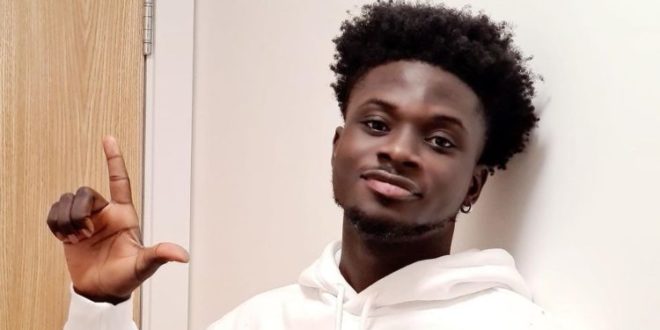 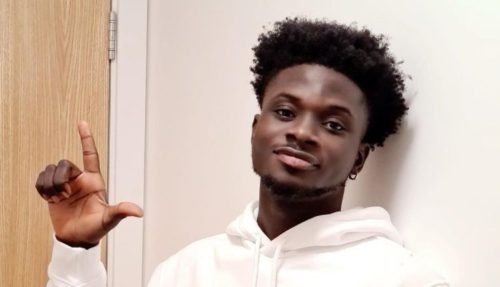 Lynx Entertainment, a highly revered Ghanaian record label has broken its silence on reports of a rumoured exit by one of its top-rated and multiple-award-winning artists Kuami Eugene.

Signed by Richie Mensah, a statement made available to Ghana’s Hub For Pop Culture & Urban Entertainment – www.nydjlive.com, Lynx Entertainment revealed it had signed a strategic partnership agreement with Kuami Eugene and EMPIRE.

Described as a “pathbreaking alliance”, the partnership is aimed at helping project the career of the talented and hardworking singer & songwriter on the international market.

Read the full statement below: 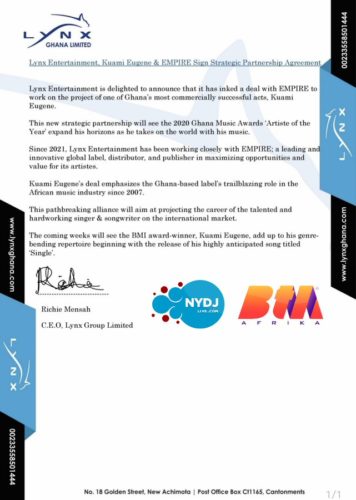 “Lynx Entertainment is delighted to announce that it has inked a deal with EMPIRE to work on the project of one of Ghana’s most commercially successful acts, Kuami Eugene.

This new strategic partnership will see the 2020 Ghana Music Awards ‘Artiste of the Year’ expand his horizons as he takes on the world with his music.

Since 2021, Lynx Entertainment has been working closely with EMPIRE; a leading an innovative global label, distributor, and publisher in maximizing opportunities and value for its artists.

This pathbreaking alliance will aim at projecting the career of the talented and hardworking singer & songwriter on the international market. The coming weeks will see the BMI award-winner, Kuami Eugene, add up to his genre-bending repertoire beginning with the release of his highly anticipated song titled `Single’. “

Weeks ago, rumours of an exit from Lynx Entertainment went viral after Kuami Eugene in a now-deleted tweet suggested he made attempts to stay but was not successful.

He also followed up with a tweet announcing Empire as his new family.