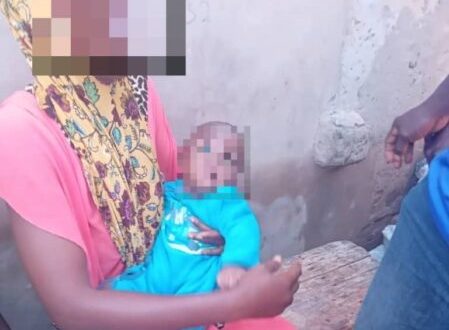 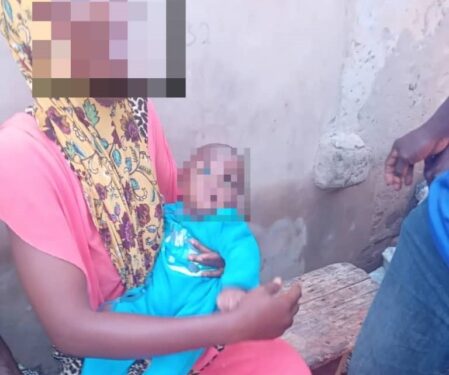 A suspected baby thief has been arrested at her hideout in Babato Kumah, a community near Kintampo in the Bono East Region.

The alleged thief was caught after almost three months of supposedly stealing the two-month-old baby at Aburi in the Eastern Region.

The suspect, Janet Zenabu who hails from a community near Tuna in the Savannah region, traveled to work as a chop bar attendant at Aburi where she allegedly stole the baby.

According to a Police source, the suspect on August 6 did not go to work, thus her landlady requested that she babysat her daughter whilst she (Landlady) prepared meals for her family.

A few minutes later, at about 5:30 pm, the suspect informed the landlady that she was going to buy mobile phone airtime at the roadside. Janet therefore carried the baby along.

After a while, the landlady got worried that the suspect had taken too long in returning. She therefore made an official complaint at the Aburi Police station.

The case was subsequently forwarded to the Police Headquarters in Accra for further investigation.

A Police officer identified as Inspector Alhassan Seidu at the Aburi District Police Command, whose wife is the chop bar operator the suspect worked for, decided to voluntarily complement the Police’s investigation to smoke out the suspect and subsequently rescued the baby.

As part of his investigations, he established that the suspect had relocated from her home village near Tuna to Babatomah near Kintampo, where her husband and mother-in-law live.

Upon reaching the community, the Police officer disguised himself as a Spiritualist ( Mallam), went to the Dagomba Chief’s palace to narrate the incident and showed a photo of the suspect to him.

But the Chief and elders could not identify her as one of the residents in the community.

Disatisfied, the Police officer spent three days in the community in his quest to locate the whereabouts of the suspect.

Luck eluded the suspect when the officer, on a Tuesday afternoon arrested her in the residence of her mother-in-law following a tip-off.

The suspect initially insisted that she gave birth to the baby. Janet however confessed when she was told that she was needed at thee Police Headquarters in Accra.

The suspect, our Police source said, was pregnant earlier, but suffered a miscarriage before leaving for Aburi. As such, upon return to the village, she told the husband and her In-law that she delivered while in Aburi.

She renamed the baby- Sakira.

According to her husband, Janet got pregnant but suffered miscarriage following a quarrel between them.

Her husband said he initially doubted her wife’s story of having given birth. He was however convinced by his mother to accept the baby.

Meanwhile, the baby is in good health after a thorough medical examination.

See the photos below; 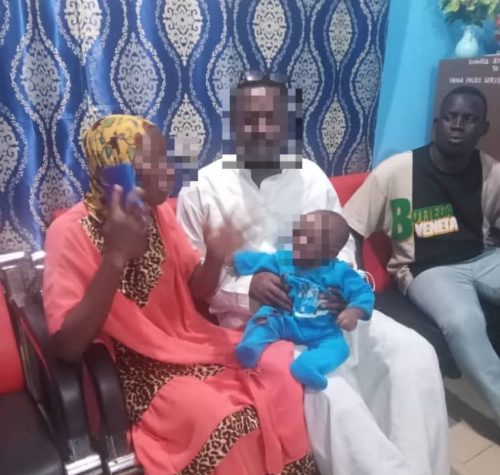 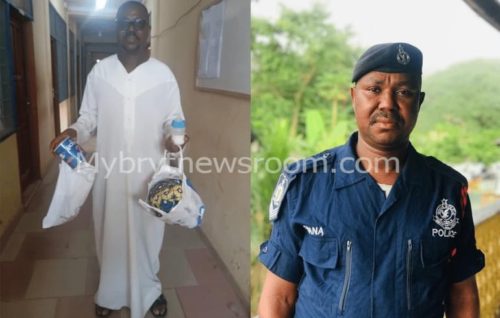 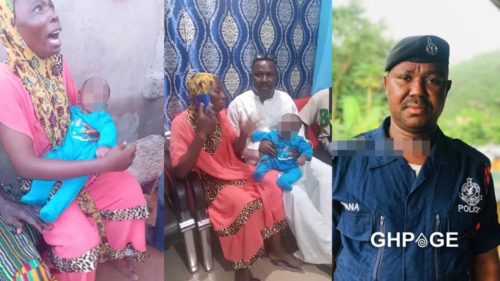