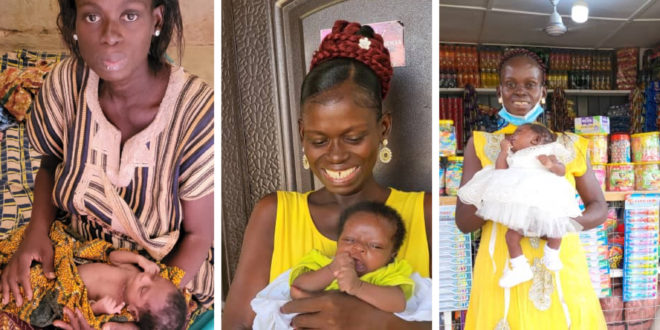 Touching: Story of vulnerable mother impregnated and rejected by boyfriend. 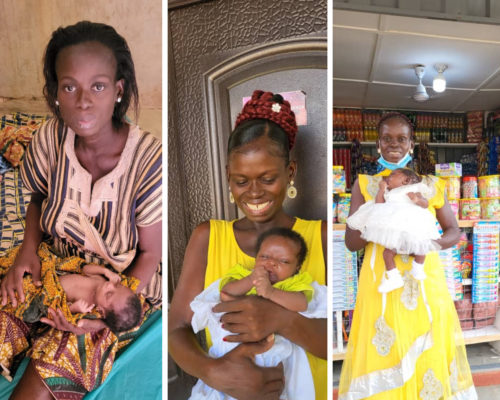 Touching Story of Vulnerable Mother Impregnated And Rejected By Boyfriend

Diana Owusuwaa is a middle aged woman who found her self in Assin Jakain with a promise of marriage to a famer after the death of her late husband..she moved to Jakain with her two matured children to settle with her new boyfriend with the hopes that she will be married and taken care off. According to her after she got impregnated by her new boyfriend, he rejected the pregnancy and throw her out of the home the both shared. Through out the pregnancy she went through series of illness and hardship. After birth delivery, her condition was unbearable hence she reached out for help through a resident of the town who got in with Etwereso hemaa Official. 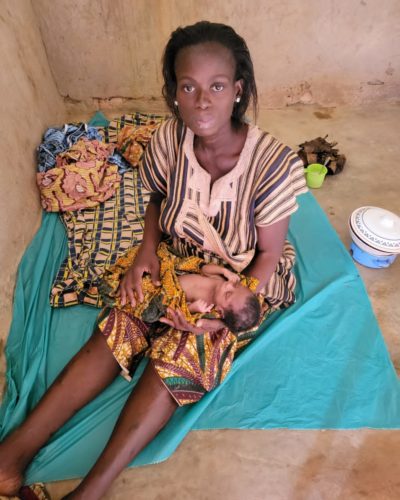 After visiting her in Jakain to access her condition together with the new born, Etwereso hemaa Official together with her team rescued her and the baby from the village. During the time of Rescue, the newborn was almost at the point of death. Both mother and baby we immediately hospitalized and were given special care and attention until they were both healthy and sound. 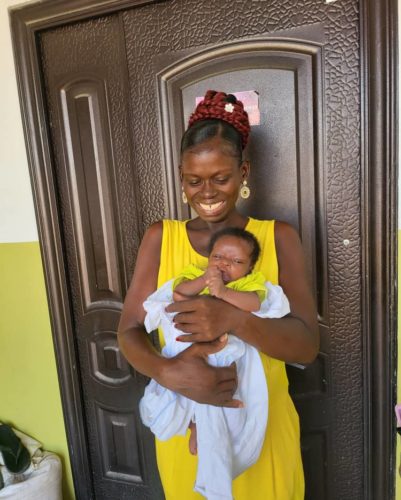 Later she spent two weeks under care and supervision at a the EHF shelter where their welfare and wellbeing was a priority.
Currently Diana Owusuwaa and her baby has been reintegrated back to her hometown at Akokoaso in the Eastern Region, where a three year rentage has been secured for her. Also a fully stocked 11feet container has been allocated to her as a start-up business including cash donations and baby food supply and provisions for the new born
Diana Owusuwaa and her baby are now healthy and Ina very good condition. 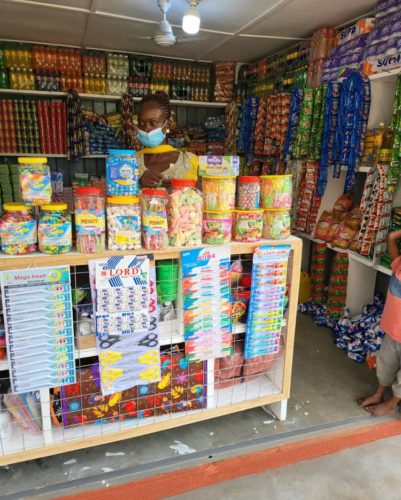 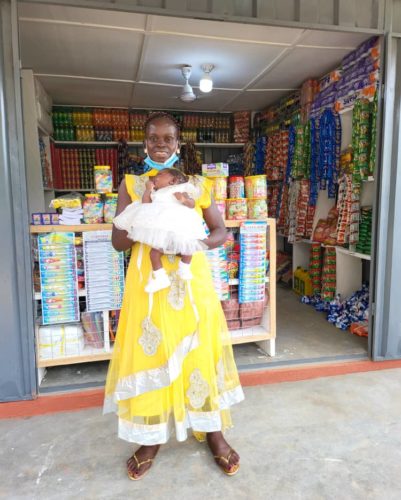